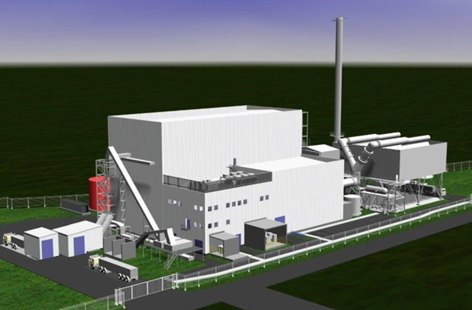 Foresight Group (Foresight) and the UK Green Investment Bank (GIB) have today (21 November) announced an investment in the construction of a new waste wood CHP facility in Merseyside.

The 20.2 MWe and 7.8 MWth CHP plant will be powered by 146,000 tonnes of Grade B-C recovered wood each year, sourced by Stobart Biomass Products Limited (Stobart) under a long-term fuel supply contract.

The facility will provide power to the grid and the heat offtake will be used by Stobart’s adjacent wood drying facility and will be built within the Mersey Multimodal Gateway project, a 180 hectare logistics hub, just west of Liverpool.

The project, which is expected to become operational by December 2016, will be amongst the largest power plants of its type in the UK, and is the largest waste wood plant in the North West.

The plant will be built and operated by Danish power plant specialist Burmeister & Wain Scandinavian Contractor A/S, and over its expected 20-year lifetime, the facility is forecast to supply renewable electricity equivalent to the needs of more than 35,000 homes each year.

It will also create more than 200 construction jobs and 20 full time jobs once operational, and deliver a reduction in greenhouse gas emissions of around 1.3m tonnes, equivalent to taking nearly 30,000 cars off the road.

GIB is providing £16.9m of mezzanine loans and also making a £13.2m equity investment, via its Foresight-managed fund, UK Waste Resources & Energy Investments (UKWREI), in which it is the cornerstone investor.

The remainder of the £42.1m mezzanine finance is being provided by GCP Infrastructure Investors (GCP).

Investec Bank plc (Investec Bank) and Eksport Kredit Fonden (EKF) have together committed £42.5m of senior loans, while Stobart and BWSC will both take an equity stake with commitments of £9.8m and £2.6m respectively.

This project has brought together the same investors who are behind the construction of the 15 MW CHP Evermore Renewable Energy project in Northern Ireland, announced by GIB and Foresight in July 2013.