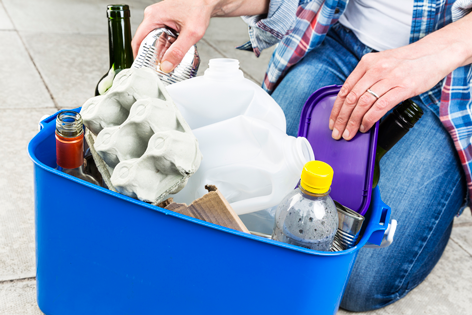 Survey results show nearly 3 in 10 people don’t recycle as much as they could, with 38% of those people citing confusing information on packaging or from local authorities as the reason.

These figures are more pronounced among younger people, with those aged 16-34 least likely to say that they recycle all they can (57%) and more likely to be confused about what can be recycled.

This finding leads to questions about the means by which councils and service providers are communicating with their younger residents. The poll shows that the likelihood to recycle increases with age, with 82% of 55-74 year olds and 88% over 75s saying they recycle all they can.

The findings come from a poll conducted by Serco’s Environmental Services business and long-term research partner Future Thinking, which surveyed over 12,000 members of the general public and has been published to mark National Recycle Week (12-18 September).

Other reasons people gave for not recycling more, included: the need for collections to be more frequent (8%); the need for some kind of financial reward (5%); that they did not have recycling bags or bins (5%); they didn’t believe it was being recycled (4%) and, that they simply could not be bothered (3%).

Serco’s Environmental Service’s business, which manages waste collections for over 1m households on behalf of 16 local authorities across England, estimates that confusion over what can be put in household recycling is costing local authorities around £45m each year as a result of contaminated waste that is unable to be processed (total based on the cost of disposal per tonne of contaminated waste and the lost income per tonne of what could have potentially been recycled). Plus, as it’s often cheaper to burn than process mixed waste, there is also a wider environmental impact in terms of increased CO2 emissions.

In response to the findings, Serco Environmental Services’ team is urging the waste industry to work together with local authorities, retailers and consumer goods manufacturers to standardise recycling communications and develop a simpler recycling labelling system for food and product packaging which is easier for consumers of all ages to understand.

It points to the successful partnership working between the government and the industry to improve food labelling and develop the universal traffic light system for food nutrition as an example of how simple, standardised information can support clearer communications to the public and help drive behaviour change.

“Changing people’s behaviour and attitudes when it comes to recycling should be a priority going forward.”

Robin Davies, Serco’s Business Development Director for Environmental Services, said: “While it is encouraging that a large proportion of people believe they already recycle all they can, the fact is that recycling rates, especially in England, have plateaued over recent years. Councils and service providers put a lot of effort into communicating guidelines to local residents, but their job would be made easier if we all worked together to simplify and standardise recycling information.

“Clearer and consistent information would help people understand what items to put in the right bins and recycle more, leaving local authorities to set their waste collection policies to suit local needs, and building greater confidence among the public that items that can be recycled are being recycled.

“Today’s millennials have grown up in a world where recycling is common practice, with ‘reduce, reuse, recycle’ taught in schools, so it’s surprising that younger people are most confused. The poll suggests we look again at how we are communicating with this audience, especially when digital transformation is already high on the agenda of most local authorities.”

Claire Tyrrell-Williams, Associate Director at Future Thinking, added: “It’s encouraging to see that people are evidently sold on the recycling message and are keen to do their bit. However, the research also demonstrates that people are aware that they could recycle more and are conscious of how confusing recycling information can be. Clearly there’s a disconnect between how much we want to recycle and how much we do recycle.

“Changing people’s behaviour and attitudes when it comes to recycling should be a priority going forward. Providing people with the right tools and information, while making the most of the latest insights into human behaviour, is a crucial part of delivering a sustainable and environmentally-conscious future.”