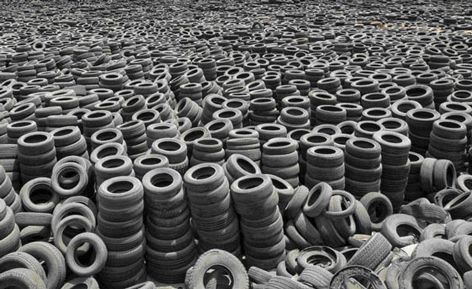 Environment Minister for Northern Ireland, Mark H Durkan, has set out an “action plan” to address the problem of used tyres in the country.

Meeting with District Councils in Hillsborough, Durkan set out his vision for how waste tyres can be used profitably, reused and recycled to boost the economy and protect the environment.

There are estimated to be 1.8m used tyres generated in Northern Ireland every year, according to figures released. The improper disposal or which poses a major threat to people, animals and the environment.

Durkan said: “Many people will not be aware of just how harmful used tyres are if not disposed of properly. Tyres that are stockpiled or dumped irresponsibly leach chemicals onto land and into our rivers resulting in serious hazards to humans, animals and the environment. Burning tyres generates toxic fumes, which are extremely dangerous to humans and animals.

Durkan – “Tyres that are stockpiled or dumped irresponsibly leach chemicals onto land and into our rivers resulting in serious hazards to humans, animals and the environment. Burning tyres generates toxic fumes, which are extremely dangerous to humans and animals”

“So many bodies have a role to play. District Councils play a lead role in managing bonfires and have enforcement powers regarding waste tyres. The PSNI and Fire & Rescue Services also play a key role in helping to manage bonfires. Tyre producers and retailers should ensure that waste tyres are properly disposed of and, of course, motorists themselves could help to ensure this.

“However, we all need to join up and intensify our efforts. We need to have a clear roadmap of who is responsible for what and how we can work collectively to address this problem.

“We are currently working with Belfast City Council to trial a model for a Council led multi- Agency approach, which could in due course be more widely adopted. We also need to promote the real economic opportunity for using used tyres for energy by burning them in a controlled way in a safe environment. I recently signed a Prosperity Agreement with Lafarge Tarmac in Cookstown who are exploring that very point.”

Commenting on his department’s specific role Minister Durkan said: “For our part in DOE, I have instructed my officials to maximise the full range and use of our powers to ensure that waste tyres are legally disposed of and to help District Councils reduce progressively the number of waste tyres burnt on bonfires. We will prosecute people who illegally stockpile and irresponsibly dispose of used tyres.

“Under my Tyre Action Plan I have staff auditing the disposal of waste tyres. Already my officials and local Council officers have jointly visited 15 businesses throughout the North to inspect for compliance with Waste regulations. We are actively now investigating two of these sites.

“Used tyres are a much bigger problem than bonfires alone and the powers to remove waste from bonfire sites does not fall to my department. I am, however, determined that, together with our partners, we use our collective powers to address this problem.

“Dialogue has also commenced regarding proposals for a new Producer Responsibility Scheme for Used Tyres in the south of Ireland. We are looking at a complementary scheme in the north.”