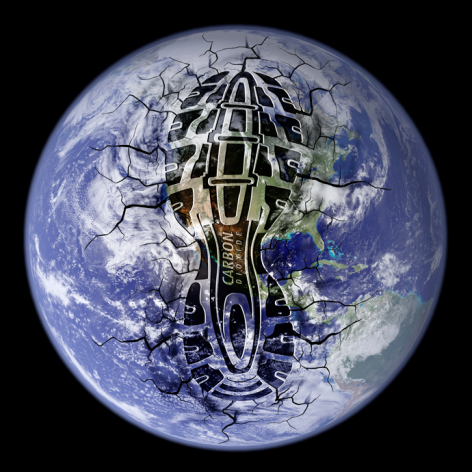 A new report, developed by Eunomia on behalf of Zero Waste Europe, says that better waste management can help in reducing emissions of greenhouse gases, but that this is “being obscured by current statistics”.

One of the authors, Ann Ballinger, said: “Our calculations make clear that if we manage waste in the way that the EU has been proposing, we can cut greenhouse gas emissions by the equivalent of around 200m tonnes of carbon dioxide a year by 2030 – the same as the annual emissions of the Netherlands.”

The report criticises the way in which greenhouse gas emissions are reported to the UN, highlighting the fact that the emissions reported under the “waste” section of the inventory can be highly misleading about how better waste management can contribute to reducing climate change emissions.

It states: “The IPCC’s 5th Assessment displays pure confusion around the matter of waste management. On the one hand, it seems to berate countries for not using emissions reduction as the basis for improving waste management policy and practice. On the other, the same report seems limited by the scope of what is covered within the ‘waste’ section of inventories, failing dismally to highlight the massive potential for emissions reduction. This has to change if nations are to grasp the significance of better management of materials and wastes as a means of addressing this massive global problem.”

Eunomia says that as a result, there is a risk that governments and international bodies may overlook the contribution that improved waste management can make to reducing emissions, when this should be one of the easier ways in which they can be cut, and that its way of measuring emissions from waste leads to a huge focus on getting biodegradable material out of landfill – a desirable aim, but one that neglects the beneficial impacts of improving management of materials such as metals, plastics and glass.

The report identifies two main issues: “First, UN reporting does not clearly show emissions from incineration plants that generate energy,” Eunomia’s Chairman, Dominic Hogg, explained. “Because of the way in which the Intergovernmental Panel on Climate Change asks for emissions to be reported, the ‘waste’ section excludes just about everything other than landfill where solid waste is concerned. If nations switch waste from landfill into incineration, then so long as the incineration plant generates energy, the substantial emissions are reported under the ‘stationary combustion’ section.

The report highlights that even as the EU’s reported emissions from landfilling have fallen, this is significantly offset by a rapid increase in incineration, with Eurostat data now indicating that 100m tonnes of waste are now incinerated annually across the EU.

Secondly, the reporting mechanism also understates the role of recycling and waste prevention in reducing emissions from waste. The savings achieved through these measures are not reported as savings under the “waste” section of the inventory, even though their potential contribution to emissions reduction is far greater than the impact of changing how unrecycled waste is managed.

Dr Hogg added: “The way the UN measures climate change impacts has a significant impact on the choices that waste managers around the world are making. That’s why it’s important that the ‘waste’ section of the Inventory reflects the whole climate change impact of waste, which would highlight the critical importance of recycling, not to mention, waste prevention.”

Mariel Vilella, Zero Waste Europe’s Associate Director said: “For far too long the climate impact of waste management has been overlooked. Now it’s clear that waste prevention, reuse and recycling are climate change solutions that need to be fully integrated into a low carbon economy. Both at the EU and international level, it is time to shift climate finance support to these climate-friendly options instead of waste incineration, which in fact contributes to climate change and displaces livelihoods of recyclers worldwide.”