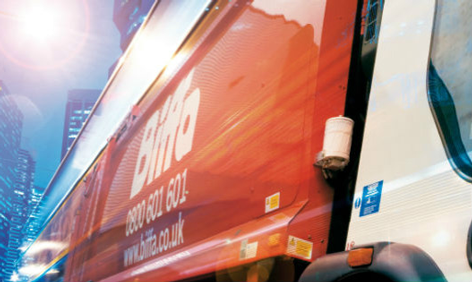 Municipal services contractor, Biffa, has secured a long-term contract extension with Wirral Council, which will save the local authority around £1m annually over the next 13 years, according to the company.

The partnership-based extension, valued at around £115m, means Biffa Municipal will provide household recycling and refuse collections and street cleansing for a further ten years from 2017 to 2027. The contractor first began working for Wirral Council in 2006.

Biffa’s current contract with Wirral Council guarantees savings of £2.2m over the next three years. From 2017-18, Wirral will save £11m over the ten year span of the extended contract, based on a series of stepped savings equivalent to just over £1m annually. The extension includes a break clause in 2023.

Biffa is also targeting recycling improvements by investing in a vehicle fleet that can collect a wider range of recyclable materials from householders, such as food waste. The fleet will utilise in-cab technology for real-time recording and reporting of collections, while garden waste collection vehicles will also feature 360o camera systems for recording the street scene around collections.

As part of the new agreement, Biffa will provide additional seasonal cleansing of the New Brighton sea front within its core contract, and has cut the cost of collecting waste from bulk bins located in the borough’s parks and countryside.

Roger Edwards, BIffa – “Negotiating this extension took considerable time and effort from both the Council and Biffa, as there was so much at stake. As a result, Wirral Council and its residents will save nearly £1 in every £10 for their waste service”

A monitoring officer is to be appointed to track and report contract participation and compliance by both organisations.

Biffa Municipal managing director Roger Edwards commented: “Negotiating this extension took considerable time and effort from both the Council and Biffa, as there was so much at stake. As a result, Wirral Council and its residents will save nearly £1 in every £10 for their waste service. That’s a substantial amount during this time of austerity measures and squeezed budgets, factors that have demanded decisive action.

“We know that this saving is both welcomed and vital for Wirral Council to continue delivering effective, efficient services that actively aim to cut waste by improving local recycling.”

An earlier Wirral Council report had highlighted Wirral’s ‘strong position’ in delivering overall value for money when compared to other waste collection authorities.

Data published by the Audit Commission indicates that Wirral is already spending £10 less per head of population on environmental services than the average English council. The contract extension means the council will further reduce the cost of waste collection and street cleansing services by £7.27 per household (£3.33 per person) by April 2018.

Councillor Bernie Mooney, Wirral’s Cabinet Member for Environment and Sustainability, said: “The council has unprecedented financial reductions to make over the next three years and Biffa has a proven track record of working with us to realise challenging savings in waste collection and street cleansing, with no effect on frontline services.

“Extending the contract with the existing provider,” she added, “will guarantee revenue savings over the next three years and avoid future procurement costs of up to £250,000.”

The Wirral announcement means that in 2014, Biffa Municipal secured around £300m worth of contract extensions.