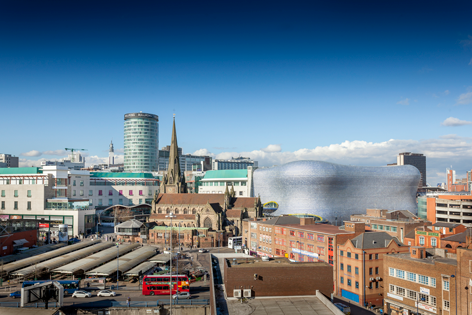 A city-wide day of action has been staged yesterday (November 9) in Birmingham to deliver cleaner, greener streets for Birmingham.

Ten wards were targeted with a range of activities and initiatives designed to tackle deep-rooted issues highlighted in the Environmental Quality Survey (EQS) data that is collected by the council.

The statistics are based on an inspection of 70 varied locations in each of the city’s 40 wards, which for the first time this year will be inspected three times a year (up from the previous annual survey).

“Behaviour change is a key element of this. Through this day of action we have looked at local issues related to litter and street cleansing and demonstrated how we can achieve positive change.”

Community groups, the various departments of Birmingham City Council and the West Midlands Police and Crime Commissioner were amongst those taking part during the day.

Cllr Tony Kennedy, one of Birmingham City Council’s four Assistant Leaders, said: “If we are to deliver on a better Birmingham for our citizens, we need to work much more closely with groups and partner organisations that are already doing great things in their local areas – and shape what we do to address the needs of our communities in a sustainable way.

“Behaviour change is a key element of this. Through this day of action we have looked at local issues related to litter and street cleansing and demonstrated how we can achieve positive change.

“The series of events at locations right across Birmingham will hopefully act as a demonstration of what we are trying to achieve with improved local leadership. We know one size doesn’t fit all and will do everything we can to come up with local solutions to local challenges.”

The ten wards that formed the day of action were:

In addition to a variety of community-led clean-up sessions, some of the other local solutions to waste issues carried out or announced during the day of action included:

Brandwood: Work in partnership with Amey to identify and clear graffiti.

Lozells and East Handsworth/Soho Wards: An eight-week pilot waste collection scheme is due to be run along the Soho Road in response to issues related to rubbish being put out too early by traders and local residents. Under the proposal, addresses along the road will be given striped refuse collection bags. This will help the council clearly identify what is legitimate waste and what is fly-tipped or presented at the wrong time, helping to address a longstanding problem in the area (see video above).  Enforcement officers were also out to address trade waste problems and fly tipping.

Washwood Heath Ward: Communal bins are set to be introduced for households following successful similar pilots in other parts of the city with a high-density population.

The West Midlands Police and Crime Commissioner and his team also worked with the city council on the day as part of the Birmingham Community Safety Partnership response to the issues in the wards.

The Commissioner stressed that more cared-for streets are often safer streets, with the added bonus of attracting new businesses and investors.

“At a time when resources are reducing, and will continue to reduce, we all need to work together to achieve our aim. This day of action is about demonstrating how we can all play a role in making that happen.”

Assistant West Midlands Police and Crime Commissioner Ashley Bertie said: “This was a fantastic day that showed the true spirit of Birmingham.

“It was great to see communities come together to clean things up and improve our city.

“Communities that look after their streets not only have a strong sense of pride and unity but also attract investment and opportunity. Everybody wins.”

Cllr Lisa Trickett, Cabinet Member for Clean Streets, Recycling and Environment, added: “We all want Birmingham to shine and cleaner, greener and safer streets are often listed as a top priority by citizens, businesses and visitors to Birmingham.

“However, the city is a made up of many different neighbourhoods. No two places are the same in terms of the services or solutions they need.

“At a time when resources are reducing, and will continue to reduce, we all need to work together to achieve our aim.

“This day of action is about demonstrating how we can all play a role in making that happen.”