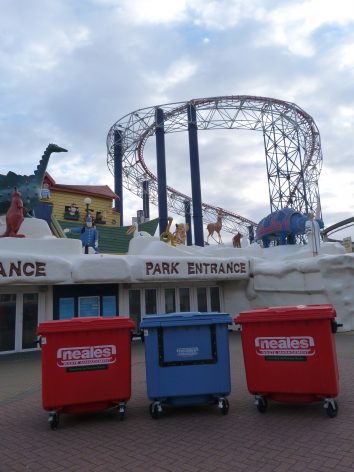 The tourist attraction has 125 rides and attractions and was voted the UK’s Number One amusement park by social review website TripAdvisor.

Under the terms of the arrangement Neales will implement the amusement park’s first food waste collection service. Neales have worked with the site’s management and provided a solution that ensures all the food waste produced is bagged at source and then transported to an anaerobic digestion facility where it is used to create sustainable electricity and fertiliser.

The new contract is to start at the beginning of the 2015 season.

The park’s general waste is sent to Neales’ new plant in Chorley, Lancashire, where recyclable material is recovered and the remaining material it is shredded and turned into fuel for cement kilns. Taking out the food waste from the general waste will have the added benefit of resulting in a higher quality feedstock for the Refuse Derived Fuel (RDF).

Commenting on the contract Neales Director, Hugh Stewart said: “Blackpool Pleasure Beach is a truly iconic site. We are delighted to be able to provide a service that will ensure that non of the waste produced by the millions of visitors a year will go to landfill and just as importantly will have no impact on the fun that they will have whilst they are there.”

Central Bedfordshire Council has announced Amey as the new service provider who will run its four household waste recycling centres.

From 1 April 2015, Amey will assume responsibility for the management of the four sites, to maintain and improve standards at each household waste recycling centre.

The contract will initially run for 7½ years with a possible extension up to 15 years, and will be worth more than £1.5m per annum.

Mel Ewell, chief executive for Amey, said: “The new contract will see us supporting the council to increase local recycling rates by developing new opportunities to recycle and re-use more household waste in the future.”

Amey is a leading UK public and regulated services provider with over 21,000 employees.

Amey operates over 320 contracts, providing an unrivalled range of services including utilities, highways, waste management, rail, justice solutions, social housing and facilities management. Services are underpinned by our leading consulting and asset management capabilities, which allow us to offer stand-alone or integrated service solutions to a range of clients. 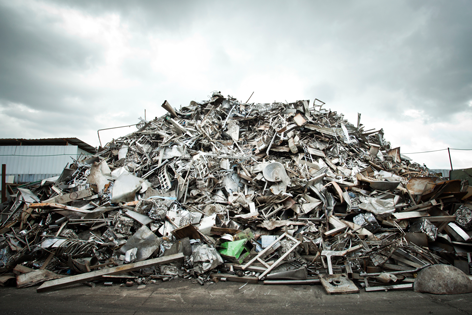 A van owner who ignored repeated requests to provide evidence he was a licensed to collect scrap metal has been ordered to pay almost £500 in court costs and fines.

At Banbury Magistrates’ Court last Tuesday (10 February), Gheorghe Bechian, 64, of Boscombe Road, Birmingham, pleaded guilty to failing to comply with the requirements of a notice issued under the provisions of Section 71 of the Environmental Protection Act 1990.

The council employee noticed two men stop and collect two medium sized metal barrels from the roadside and place these into the rear of the vehicle.

A subsequent DVLA check showed the vehicle was registered to Bechian but checks with the Environment Agency did not reveal a waste carrier licence, nor was Bechian registered as a scrap metal dealer.

Notices were served to Bechian requesting him to provide a valid waster carriers licence and detailed information as to the use of the vehicle on 6 September 2013. However these notices and requests to attend interviews with Cherwell District Council were ignored.

Cllr George Reynolds, Cherwell’s deputy leader, said: “It is a criminal offence to collect scrap metal without a licence so it’s important that anyone who is seen doing so in Cherwell is licensed and approved.”