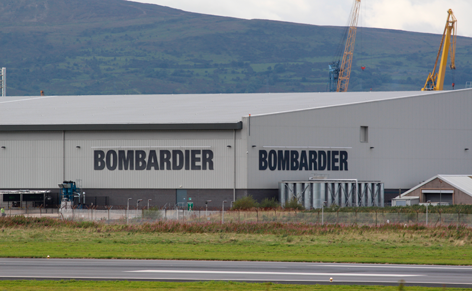 An £85m energy from waste plant in east Belfast has been given the go-ahead by the Government.

Canadian aircraft manufacturer Bombardier Aerospace will use the new facility to convert 120,000 tonnes of non-recyclable commercial and industrial waste into electricity and heat.

It will be done through the gasification process, which heats the waste to produce a gas fuel, which in turn is used to produce steam that creates electricity.

The commercial and industrial waste used will be collected from licensed waste sites across Belfast. It would have otherwise been destined for landfill.

The plant will create 20 permanent jobs when running and will sustain 130 construction jobs in the build phase.

Environment minister Mark H Durkan – “This is good news for Bombardier’s workforce of 6,000. The new plant will help Bombardier to reduce electricity costs, maintain its competitiveness within international markets and safeguard employment”

Environment minister Mark H Durkan, who makes planning decisions on such large-scale applications, said having a source of sustainable energy would give Bombardier an added edge in what was a fiercely competitive industry.

He also claimed there were significant environmental benefits, as it would reduce the volume of waste in Belfast going to landfill.

“This is good news for Bombardier’s workforce of 6,000,” he said. “The new plant will help Bombardier to reduce electricity costs, maintain its competitiveness within international markets and safeguard employment.

“While I am keen to increase the amount of waste which is recycled, there is still a need for facilities to deal with waste that is not recyclable.

“I recognise the need for energy from waste opportunities and of alternative, more environmentally sustainable energy plans. This facility will draw value from waste which cannot be recycled, preventing it going to landfill and instead will use it to generate energy.

The minister added: “My aim as environment minister is to build a better environment and a stronger economy. This decision – an important boost for one of our leading businesses – will help do that.”