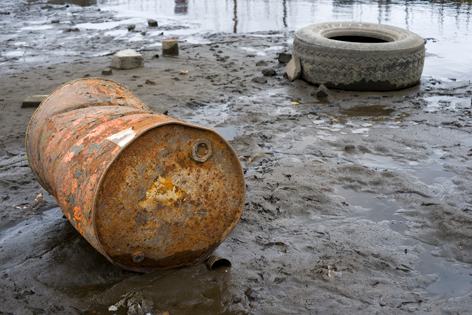 A young boy of nine is fighting for his life in hospital after coming into contact with hazardous material dumped at a Belfast bonfire site.

Emergency services are investigating the dumping of toxic chemicals at a Belfast bonfire site after a concerned parent contacted police about the material following the hospitalisation of their son.

Cameron Dickson, nine, is in intensive care in a critical condition, according to the Belfast Telegraph.

Police and health officials have issued a warning to the public, fearing other children may have come into contact with the dumped drums at Glenwood Street, close to the Shankill Road, which are reported to contain industrial cleaner for patios and driveways.

“This is shocking but sadly an example of the many hazardous materials dumped on bonfires which should be disposed of legally and properly. It’s irresponsible.”

A spokeswoman for the Belfast Health Trust said the schoolboy was in a critical condition. Inspector Laura Kelly urged parents who live in the area to seek medical help if their children display any symptoms.

“We became aware that a young boy fell ill and was taken to hospital for treatment,” she said. “Subsequently there were some concerns that his symptoms may have been a result of coming into contact with something at a bonfire site.

“We immediately attended, given the concerns that other people may have come into contact with whatever was there. The site is being cleared and there is an ongoing police investigation.”

“There is a possibility that the child’s symptoms are linked to substances that have been found at the bonfire site. We are asking parents to keep an eye on their children. If they have any symptoms including redness of eyes, sore throats, coughing and any problems breathing to seek medical advice immediately. Those symptoms can take up to 36 hours to develop so there is a possibility that other children have been in and around that area.

“We are looking into how they got there and what exactly the substances are.”

Belfast Lord Mayor, Brian Kingston, said: “The police, Fire Service and council have secured the site and the material is being taken away. Obviously our thoughts are with the boy and his family, but this is very concerning,” he said.

“I have worked with the council on removing hazardous materials – including tyres – which have been illegally dumped on bonfire sites in the past.

“This is shocking but sadly an example of the many hazardous materials dumped on bonfires which should be disposed of legally and properly. It’s irresponsible.

“I will be urging the council and the authorities to identify those responsible.”