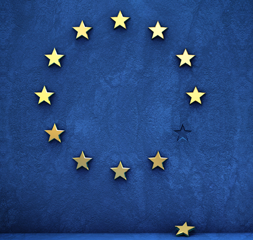 An online survey found that just over two-thirds (68%) of respondents believe “Brexit” would have a negative effect on waste and resources policy in the UK.

The news comes after David Cameron announced the referendum on whether Britain should remain in the European Union will be held on Thursday, 23 June.

CIWM Journal Online asked visitors to the site whether Britain’s exit from the EU (“Brexit”) would have a detrimental effect on waste and resources policy in the UK?

68% percent of respondents believed it would, while 32% were of the opinion it would not.

In January a group of environment and conservation experts, including four former chairs of UK environment agencies wrote to the Defra Secretary of State Liz Truss, to voice their concerns about the risks to the environment if Britain leaves the EU.

They said that EU policy “has had a hugely positive effect on the quality of Britain’s beaches, our water and rivers, our air and on many of our rarest plants and animals and their habitats”, and that it is “very unclear” which elements of existing European environmental policy would continue to apply to the UK.

“We would no longer be able to shape EU policy and our influence on the environmental performance of other member states would decline very sharply once we were no longer at the negotiating table,” the group says.

However, according to resource efficiency firm, ecosurety, Brexit is nothing more than a “red herring” and will have little impact on the waste and recycling industry.

It says in the event of the UK leaving the EU, companies producing battery, packaging or electrical and electronic waste (WEEE) will still be required to accept their responsibilities as producers, and provide evidence of those obligations, believes the organisation.

UK “producers” of waste must currently pay for the impact the product lifecycle has on the environment, according to the number of items manufactured.

David Burton, policy director at ecosurety explains: “Our 1,000-plus members across food, retail, manufacturing and IT sectors, are understandably concerned about what steps to take in the short to medium term in the event of a shock exit. After significant analysis, we conclude there will be no noticeable long-term difference in the waste and recycling industry, whether the UK stays in or decides to get out of the EU this summer.

CIWM Journal Online’s latest opinion poll is asking visitors whether AG Barr is right in saying a deposit return scheme in Scotland could cause cross-border trafficking of deposit-bearing containers… to HAVE YOUR SAY take the poll on the HOMEPAGE.