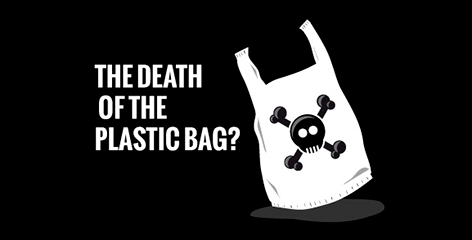 Britain is ready to stop using plastic bags for good, in favour of re-usable hessian bags, according to BusinessWaste.co.uk, which has called on the Government to introduce a plastic bag tax, saying that only England is “dragging its heels”.

British shoppers would be more likely than ever to use their own bags for their weekly grocery shop if the rest of the country was to follow the lead of Wales and Northern Ireland, and a 5p tax were levied on disposable plastic bags from supermarkets, according to BusinessWaste.co.uk.

The waste and recycling firm has called on government to listen to public opinion that is veering away from plastic bags, and to introduce a similar plastic bag tax in England as soon as possible.

The company claims that the sharp uptake of “bags for life” and long-lasting carriers made from material such as hessian show that Britain is “just about ready to kill off the plastic carrier for good.”

“A 5p levy was introduced in Wales last year and the effects have been dramatic,” said BusinessWaste.co.uk ‘s commercial director Mark Hall. “If that same 76 percent fall in usage were to be reflected across the entire UK, that would take 6bn bags out of circulation.

“Most people only use supermarket plastic bags because they are free and convenient at the point of sale. Remove that incentive and use will drop dramatically.” 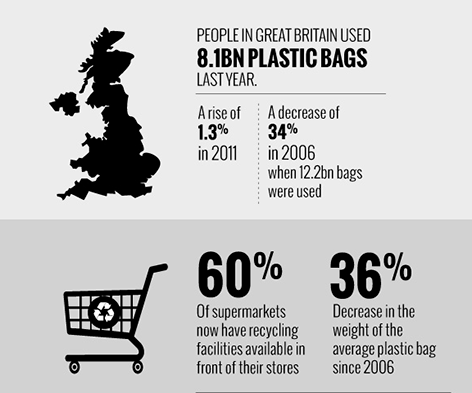 According to official statistics from 2012:

According to Business Waste, the 5p plastic bag levy, which was introduced in Northern Ireland this year, and will come into force in Scotland in September 2014, will almost certainly present similar results to Wales.

“In areas where there’s a plastic bag tax, the number one reason for having to pay the levy is forgetfulness. People only buy bags if they really have to, and it’s usually because they’ve gone shopping and left their bags at home,” said Mark Hall.

“Once people get into the habit of reusing their bags, we should see year-on-year falls and fewer and fewer plastic bags in our country’s landfill.”

“Only England is dragging its heels on this important issue,” said Mark, “Figures from elsewhere show that the public is ready, but central government is less than willing and their arguments don’t stand up to scrutiny.”

For the BusinessWaste.co.uk info on plastic bags CLICK HERE

Scotland To Introduce 5p Charge For Carrier Bags From October 2014