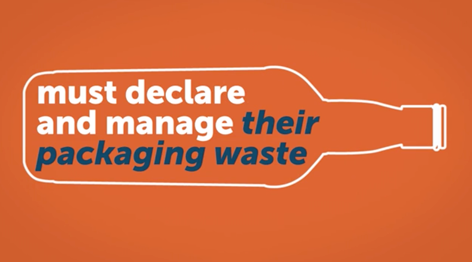 Membership is set to rise further, says the BBPA, as all brewers count the benefits of the scheme.

Joining the SUSTAIN scheme will reduce the cost for BBPA members of buying Packaging Recovery Notes (PRNs), as well as providing comprehensive support and industry-specific expertise.

Under the new scheme launched in September 2014, brewers can achieve major cost savings.

Sustain was devised and created in partnership with the BBPA with a mission of reducing both the environmental impact and overall costs of their packaging and packaging waste.

The Packaging Directive’ is helps minimise the creation of packaging waste material and promotes energy recovery, re-use and recycling of packaging.

Brigid Simmonds, BBPA – “This is a great start to 2015, and shows that the SUSTAIN partnership is making the business case to BBPA members as well as delivering for the environment, by reducing waste. We look forward to recruiting further new members”

The UK meets the Directive’s recycling and recovery targets for packaging waste through the Producer Responsibility Obligations (Packaging Waste) Regulations.

The UK system works by requiring companies above the threshold of a £2m annual turnover, and handling more than 50 tonnes of packaging a year (producers) to pay for a certain proportion of the UK obligation to recycle packaging.

Brigid Simmonds, BBPA chief executive and a director of SUSTAIN, commented: “This is a great start to 2015, and shows that the SUSTAIN partnership is making the business case to BBPA members as well as delivering for the environment, by reducing waste. We look forward to recruiting further new members.”

The British Beer & Pub Association represents Britain’s brewers and pub companies. The Association is more than a century old and was originally founded as the Brewers’ Society in 1904. It’s members account for some 90 percent of beer brewed in Britain today, and own around 20,000 of the nation’s pubs.