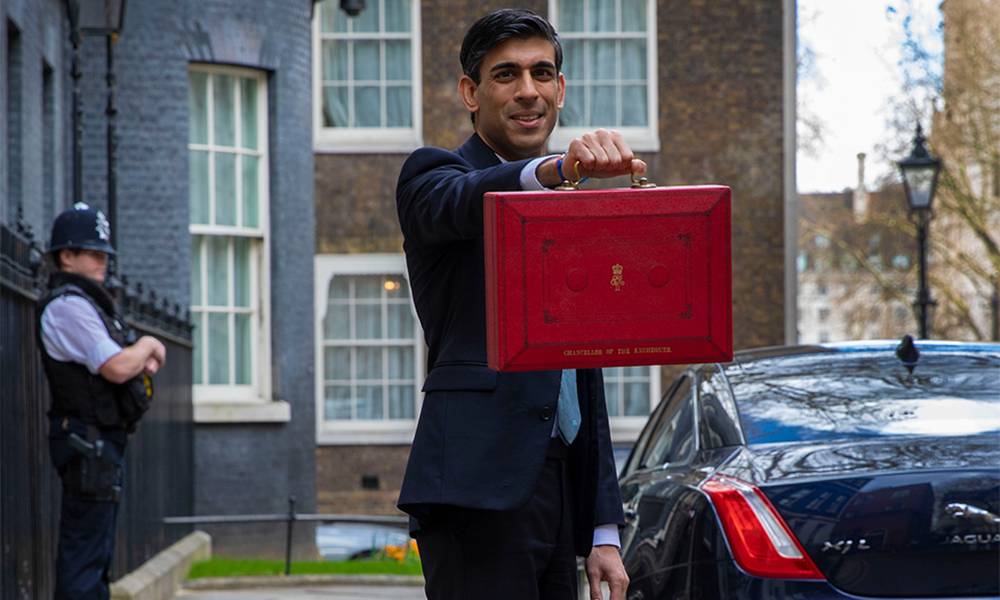 Yesterday’s (11 March) Budget included more details on a proposed plastic packaging tax, an additional £700,000 to establish the packaging Extended Producer Responsibility scheme, the allocation of funding for a digital waste tracking system and £2m to improve the evidence base to tackle fly-tipping.

On the plastic packaging tax, Chancellor of Exchequer Rishi Sunak confirmed: “From April 2022, we will charge manufacturers and importers £200 per tonne on packaging made of less than 30% recycled plastic […] “That will increase the use of recycled plastic in packaging by 40% – equal to carbon savings of nearly 200,000 tonnes.”

The government will keep the level of the rate and threshold under review to ensure that the tax remains effective in increasing the use of recycled plastic.

The government will also extend the scope of the tax to the importation of filled plastic packaging and apply a minimum threshold of 10 tonnes of plastic packaging to ensure the smallest businesses are not disproportionately impacted.

The Government has also committed to delivering the Government’s net-zero ambitions, and “high-skill, high-wage, low-carbon jobs of the future”, as well as a number of specific announcements on waste and recycling.

John Scanlon, CEO of SUEZ recycling and recovery UK, said the introduction of the tax on plastic packaging which will “enhance demand for recycled plastic material”.

“The Treasury has sent a clear message that Government is serious about delivering a circular economy for Britain,” he said.

“It is right that, as a society, we tackle the scourge of single-use items by taxing a throw-away culture and rewarding a re-use and recycle economy.”

Mr Scanlon said the initial £200 per tonne rate applied will help redress the imbalance between the cost of virgin material and the cost of the equivalent recycled options.

It is right that, as a society, we tackle the scourge of single-use items by taxing a throw-away culture and rewarding a re-use and recycle economy

“We were pleased to see the extension of the original proposals to also cover imported filled packaging,” he noted, “which should help address this potential loophole and look forward to contributing to the consultation on the detailed design and implementation of the tax.

“We hope that the more than £200m annually the tax is expected to raise will be used to support initiatives across the value chain to deliver a circular economy.”

The tax on plastic packaging that doesn’t meet minimum recycled content standards is not set to come into force until April 2022.

Richard Kirkman, Chief Technology and Innovation Officer, Veolia UK and Ireland welcomed the tax, saying this new “green Government” and its Plastic Packaging Tax has set in motion a new phase of investment into the circular economy.

He said: “This kind of policy makes the UK a lodestar for propelling the world into a new net-zero age.”

Executive Director of the Environmental Services Association (ESA), Jacob Hayler, said the tax is “only a starting point” and needs to go hand-in-hand with other measures to “stimulate local markets for recycled content and discourage manufacturers from using complex, wasteful, packaging that cannot be re-used or recycled”.

On the wider budget, Mr Hayler said  it’s a “mixed picture” because the rise in duty on red diesel announced by the Chancellor is a “major blow” for the recycling and waste management sector, which “relies on diesel fuels to keep vital public facilities, like recycling centres and waste transfer stations, running efficiently”.

At the moment, there is no viable low or zero carbon alternative to the many specialist vehicles used by our essential sector…

He said: “Our sector is as vital to society as agriculture, rail and fishing, so to not include the sector in the retained relief is a clear oversight by Government and a snub to an industry that, since the early 1990s, has reduced its carbon emissions by over 70%.

“At the moment, there is no viable low or zero carbon alternative to the many specialist vehicles used by our essential sector, so these new taxes represent nothing but a penalty to industry and will inevitably increase service costs to tax-payers and businesses.” 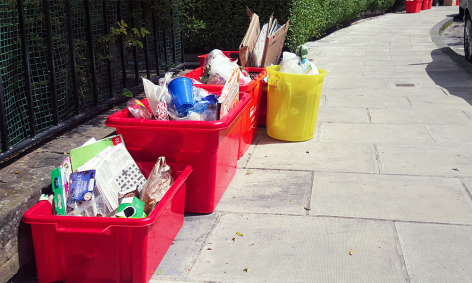 Robbie Staniforth, Head of Policy at Ecosurety said Ecosurety was disappointed that packaging recycling targets were not included in the announcement.

He said: “Not having foresight of recycling targets for 2021 and 2022 further exacerbates the issues with the current system.

“The Government proposed steep increases in their consultation last year, which would have effectively been unachievable without exporting even more waste in the hope it is recycled, or significant investment in the UK.

“The sooner we get clarity on these targets, the sooner we can start planning how we achieve their ambition.”

“Viridor wants to see policy that ensures of valuable resources are returned to the UK economy providing regional infrastructure investment and local jobs,” he said.

The chancellor announced £100 billion will be spent on new infrastructure and pledged £800million for new carbon capture and storage clusters that would help to create new high skilled, low carbon jobs and ‘level-up’ regions across England – including Teesside and Merseyside.

On the climate action announcements, Chaitanya Kumar, head of climate and energy at Green Alliance, said the budget is an “underwhelming start to the year of climate action”.
“There are several welcome announcements, notably funding for cleaner transport and a huge boost for restoring nature and greening our countryside,” Mr Kumar said. “But these steps forward are hampered by the combination of massive road-building and the freeze on fuel duty, and the disappearance of trailed plans to insulate the nation’s homes.

“All in all, today’s budget is an underwhelming start to the year of climate action. The upcoming National Infrastructure Strategy needs much stronger plans on energy efficiency, zero carbon infrastructure and resources.”

All in all, today’s budget is an underwhelming start to the year of climate action

Charlotte Morton, Chief Executive of the Anaerobic Digestion & Bioresources Association (ADBA), said whilst there is an understandable focus on addressing the coronavirus, “climate change is a far greater threat”.

She said: “As our recent report ‘Biomethane: The Pathway to 2030’ demonstrated, there is no net zero without biogas.

“Whilst it is good news that there is commitment to support biomethane injection into the gas grid post March 2021, the government’s ambition to see a tripling of the current level of production by 2030 is only around 38% of the AD industry’s potential.

“In the year the UK hosts COP26, we encourage the government to treble its ambition…”

Pat Jennings, CIWM’s Head of Policy, Knowledge & External Affairs, said CIWM welcomes the confirmation that the tax will apply to both domestic manufacturers and importers and will include filled packaging.

“This should ensure that UK manufacturers are not disadvantaged and that the tax does not incentivise the offshoring of filling operations to avoid the tax,” she said.

At £200 per tonne, the level of the tax is in the range deemed necessary to incentivise the uptake of recycled plastic, but CIWM and others have raised questions about the appropriateness of a fixed tax to change behaviour in a market that is heavily dictated by global oil price fluctuations.

Ms Jennings said: “It will be important, therefore, to ensure that the tax is reviewed at appropriate intervals to ensure that it is delivering the desired outcomes.

“As always, the devil will also be in the detail and it is important to understand how the tax will impact on different polymer types to reduce the risk of market distortion and unintended consequences.”

Other announcements with relevance for the resource and waste sector include £650m to tackle the problem of rough sleeping.

A recent study by Biffa in collaboration with the Open University and CIWM noted that growing levels of homelessness increase the risk of accidents related to people taking refuge in bins, and measures to tackle rough sleeping will help to reduce this risk.