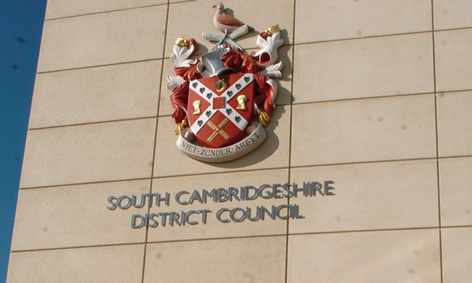 Two waste teams collecting waste and recycling from over 116,000 homes across Cambridge and South Cambridgeshire have joined forces in a bid to reduce cost.

The management teams for the two councils’ waste operations came together in August – saving over £100,000 a year – and with the operations now working out of one depot, further efficiencies will be sought to drive down costs.

Cllr Mick Martin, South Cambridgeshire District Council – “The aim of the move is to take the best of how both councils have run their operations so we can improve the service we provide while driving down costs”

Cambridge City Council’s waste crews and staff had previously operated from a depot on Mill Road, which is earmarked for redevelopment in the future.

The single shared waste management team are now working on integrating the bin collection rounds across the two districts in order to make efficiency savings on fuel and vehicles. It is expected the annual savings from the move to a shared waste service will be around £700,000.

Both Councils already take waste and recycling they collect to the processing centres near the Waterbeach depot.

Cllr Peter Roberts, Executive Councillor for Environment and Waste at Cambridge City Council said: “We’re asking residents to be aware that the timing of their collection could change, because the bin lorries are starting from a new place and may take a different route. Collections in begin at 7am and end at 3pm in Cambridge, so bins could be collected any time in between.”

Cllr Mick Martin, South Cambridgeshire District Council’s cabinet member for environmental health, said: “The joining up of the crews at one location is a big step toward a fully integrated shared service for both Cambridge and South Cambridgeshire. The aim of the move is to take the best of how both councils have run their operations so we can improve the service we provide while driving down costs.

“Residents are key to reducing costs and we encourage everyone to play their part. Think before you throw to maximise the amount recycled and minimise black bin waste.”