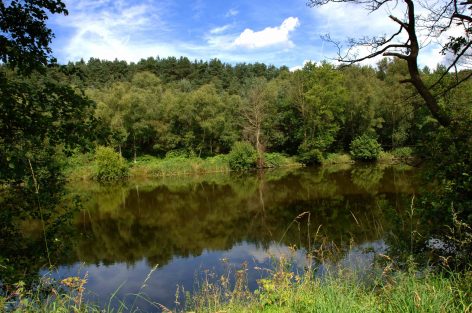 The new contract, which starts on 2 April 2016 and includes an option for a further seven year extension to 31st March 2030, will, together with a separate garden waste processing contract, save the local authority an estimated £2.1 million over its seven year life.

Councillor Alan Dudson, environment portfolio leader at Cannock Chase District Council, said that while residents would face some changes to the way they recycle, the new contract would help the council save vitally-needed money.

“This contract will ensure that the residents of the district receive a reliable, flexible, cost-conscious and quality-focused collection service. We look forward to welcoming the council team to Biffa and to working effectively with the Council”

”With past and anticipated government budget cuts, we are constantly looking at ways to save money without cutting services, and this underpinned our long procurement process,” he added. “We’ve been able to achieve both those objectives.”

Biffa Municipal new business director Iain Jarvis commented: “This contract will ensure that the residents of the district receive a reliable, flexible, cost-conscious and quality-focused collection service. We look forward to welcoming the council team to Biffa and to working effectively with the Council.”

The outcome of the three-way competitive tender means that Biffa will provide an expanded collections service for some 42,000 properties across the district. As well as continuing its current fortnightly collections of commingled dry recyclables in wheeled bins, Biffa will, from next April, collect domestic residual waste and garden waste, also in wheeled bins.

These latter collection services are currently provided by the council, and as a result of Biffa’s expanded contract, 25 local authority staff will transfer to the contractor under TUPE rules, joining 11 Biffa staff on the Cannock Chase contract.

A new contract for the disposal and processing of Cannock Chase’s garden waste is currently in the process of being awarded, also starting next April. Dry recyclables will continue to be processed at Biffa’s Aldridge MRF, while residual waste will be processed at Veolia’s energy recovery plant at Four Ashes.

The new service will contribute to Cannock Chase saving an estimated £300,000 annually.

These improvements include maximising route and round efficiencies, reducing overhead costs, making better use of Biffa’s existing depot at Poplars, and deploying state-of-the-art collection vehicles.

As part of the new contract, Biffa will procure 12 new vehicles, ten of which will be between 18 tonnes and 32 tonnes. Their Euro 6 engines promise, less environmental impact, and lower maintenance costs, and the main collection vehicles will be equipped with 3600 CCTV camera system, GPS, reversing radar, bicycle safety technology, and overweight limiters.

Biffa is also committed to maintaining Cannock Chase’s recycling rate, and will work with the council to increase it. In 2014-15, the authority achieved a recycling, reuse and composting rate of 50.1%.