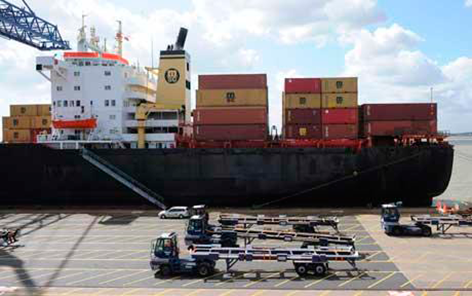 Draft EU rules requiring member states to clamp down on illegal waste shipments within the EU and to non-EU countries have been backed by the Environment Committee.

These rules would close legal loopholes and entail more inspections. MEPs propose that member states include in their inspection plans a minimum number of physical checks, and that inspectors be given more powers.

The draft text aims to reinforce the inspection provisions of existing legislation with stronger requirements on national inspections and planning.

Member states would be required to carry out risk assessments for specific waste streams and sources of illegal shipments and to set out their priorities in annual inspection plans.

Rapporteur, Bart Staes – “Too many member states have been dragging their feet and have not been carrying out any real time inspections and checks on illegal waste shipments from their territories”

Inspectors would be empowered to demand evidence from suspected illegal waste exporters.

“Too many member states have been dragging their feet and have not been carrying out any real time inspections and checks on illegal waste shipments from their territories. Although the EU Waste Shipment Regulation (WSR) requires that all waste exported out of the OECD countries is treated in an environmentally sound manner to protect citizens and environment, inspections have shown that approximately 25 percent of waste shipments within the EU do not comply with the WSR,” said the rapporteur, Bart Staes, who received a mandate for opening negotiations with the Greek presidency of the Council with 60 votes to 6 and no abstentions.

In their amendments, MEPs suggest further strengthening the proposal, in particular to improve the knowledge base about illegal shipments. They say member states’ inspection plans should include a minimum number of physical checks and be made permanently available to the public – as should their findings.

The WSR lays down rules for shipments of waste both within the EU and between the EU and third countries. It specifically prohibits exports of hazardous waste to countries outside the OECD and exports of waste for disposal outside EU/EFTA.

However, illegal waste shipments remain a serious problem. Member states are responsible for enforcing the WSR. A few member states have thorough, well-functioning inspection systems, but others lag behind. This leads to “port hopping” by illegal waste exporters seeking to export waste from those with the most lenient controls.

The text will be put to a vote by the full House during the 14-17 April plenary session in Strasbourg.