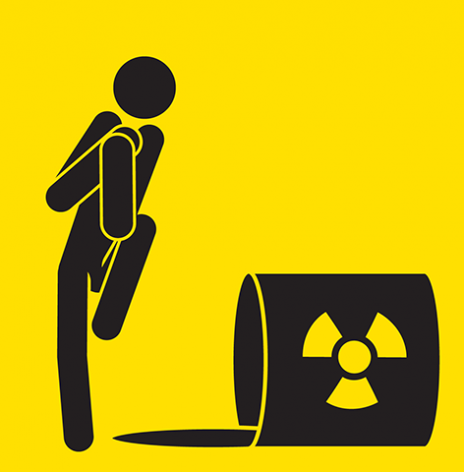 Two companies have been fined a combined total of £26,000 following a major Environment Agency investigation into the illegal handling, storage and export of hazardous waste.

Chemson Ltd of Wallsend, near Newcastle, and the Empress Green Trading Company Ltd, of Oldham, were sentenced, along with Joanna Potts, an officer of Empress Green. The illegal activities were uncovered by EA officials after it followed up complaints about dead fish in a pond, fed by the River Ryburn, at Triangle, near Halifax in 2009.

A discharge of foam in the watercourse was traced back to Thorpe Garage, in Triangle, where hazardous waste was found being stored without the proper environmental permits being in place.

Among the waste found at the site were a large number of grab bags, containing hazardous granular waste, from Chemson Ltd, labelled “toxic”, “harmful to the aquatic environment” and “soluble lead compound”. Over a six-month period Chemson delivered approximately 182 tonnes of its lead-contaminated PVC waste to the Triangle site. It is reported that some of Chemson’s waste was schedule for illegal exportation to Pakistan.

Chemson had arranged for its waste to be sent to Crystal Recycling in a deal brokered by The Empress Green Trading Company Ltd, based in Oldham, through one if its directors, Joanna Potts. Chemson, which admitted one charge of depositing controlled waste without a permit, was fined £18,000 and ordered to pay £15,000 in legal costs.

The Empress Green Trading Company Ltd, which admitted one charge of depositing controlled waste without a permit and one charge of exporting prohibited waste, was fined £8,000 with £7,000 costs.

Joanna Potts, who admitted one charge of depositing controlled waste without a permit and one charge of exporting prohibited waste, was handed a conditional discharge for her offences, and ordered to pay £2,500 in costs.