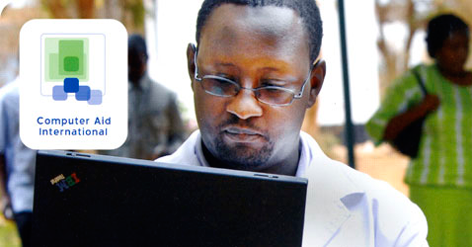 A computer charity that refurbishes used computers to send to schools in developing countries has been granted the Royal seal of approval by the Queen.

A partnership between Buckingham Palace and Computer Aid has existed since 2005 and since then the Household has donated over 2,392 pieces of computer equipment, including 726 monitors, 914 computers and 47 laptops.

The used equipment has been sent to schools in rural areas of Zambia and Chile.

The computer charity is now the first UK charity to be granted a Royal Warrant of Appointment to Her Majesty the Queen for the provision of computer recycling services.

Keith Sonnet, Computer Aid – “Everyone at Computer Aid is delighted to have been honoured in this way and it was a reflection of the high quality service they provide”

It will now be able to use the Royal Arms on all marketing and communications materials.

“It’s the Palace’s contribution to make best use of computers once we’ve finished with them, rather than them going to waste,” a spokesperson for the Palace said in a statement.

“Everyone at Computer Aid is delighted to have been honoured in this way and it was a reflection of the high quality service they provide,” said Keith Sonnet, chief executive at the charity. “Computer Aid refurbishes PCs and other ICT equipment for use throughout the world to overcome the disadvantage faced by so many people.”

Computer Aid said it will use the Royal Arms to boost its plans to target the gender divide in access to technology and help farmers in developing countries to use IT equipment to boost agricultural production and food security.