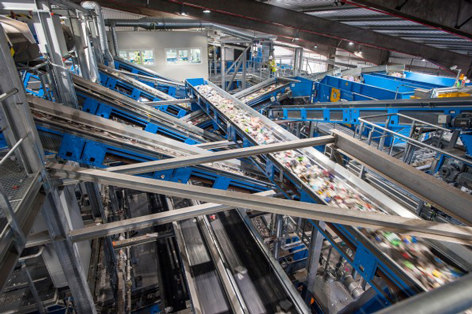 Concern has been expressed over the lack of materials facilities (MF) operators that have supplied sampling for the latest MF data released today (24 September).

The data applies to Q1 2015 and is only the second set of data to be released under the MF Regulations, which came into force from October 1 2014.

The Regulations require qualifying MFs to provide quarterly details of the mixed waste tonnage received from each supplier and the output tonnage despatched by four material streams.

Ray Georgeson, Resource Association – “We express a continuing concern about the low levels of compliance in terms of data submission with data coming from only 85 MRFs with many more failing to comply with the legislation”

Under the regulations, MFs are also required to take samples of the input and output material so that the average percentage of target, non-target and non-recyclable material can be estimated.

The data aims to enable the market to obtain a greater understanding of recycling quality, through the transparency of data in this area.

The latest figures show that the average percentage (by weight) of target material received by responding MFs in Q1 2015 was 86.8%, which is very similar to the previous quarter (86.6%).

The number of operators that submitted data, however, dropped from 90 to just 85.

Ray Georgeson, chief executive of the Resource Association expressed concern at the lack of operators that supplied data.

He said in a statement: “Our main concern at this stage is not to try and over analyse any trends or patterns in the data, as we think it is still too early.

“We express a continuing concern about the low levels of compliance in terms of data submission with data coming from only 85 MRFs with many more failing to comply with the legislation.

“The failure of a significant part of the industry to move into compliance runs the risk of seriously undermining the value of the Regulations even at this early stage – urgent action is needed by the regulators to address this.”