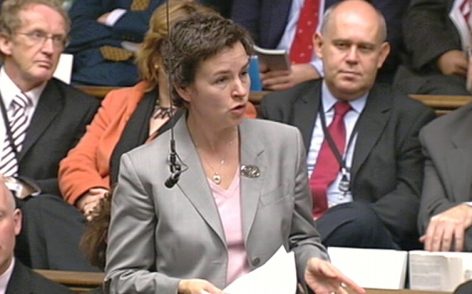 Chief executive of the Resource Association, Ray Georgeson, has urged newly elected chair of the Environmental Audit Committee, Mary Creagh (pictured), to launch an investigation into the rationale behind Defra’s new Departmental Plan and its negotiating positions on the Circular Economy Package.

In a letter to Creagh, Georgeson highlights the lack of reference in its Departmental Plan published last week to the Department’s role in delivering household recycling targets for England or any reference to the expected revisions to waste legislation and new proposals from the Commission under its Circular Economy Package.

He writes: “The recent publication by Defra of their Departmental Plan has been met with dismay by our industries… We see the lack of reference to our industry as a major omission and it again raises serious concerns about the ambition for and interest of the Department in our industry.

“The only reference to our sector in the Plan is to work on waste crime which we have warmly welcomed – but this alone is insufficient recognition of the essential role of our industry, the legislation and targets which the Department is managing and the future proposals under the Circular Economy Package.”

He says that despite Defra having run a couple of stakeholder consultation events, there has been very little information forthcoming from Ministers or officials about their positions on various key aspects of the Package and new recycling targets.

He writes: “We are led to understand by colleagues in the European Commission that the UK Government is taking negative positions on many of the proposals and yet none of this has been properly shared or communicated with stakeholders at home.

“The reality is that, if this is true, then on many aspects of the Commission’s proposals it is quite possible that UK Government is not at all speaking for significant elements of the UK industry who see much merit in the more ambitious proposals coming from the Commission, even though detail needs to be worked upon.

“The same may be said of the probable attitude of the Scottish and Welsh Governments to the Commission’s proposals and I would be surprised if there wasn’t some disquiet from those quarters about the UK Government’s approach.”

Georgeson says that scrutiny of these matters is “urgently needed” and would be timely in the context of the debate we are now engaged in as a nation about our future relationship with the European Union.

The letter comes after CIWM chief executive, Steve Lee, criticised Defra’s five year plan, saying: “The stark picture here is of a department that is utterly depleted in terms of resources, funding and vision.”