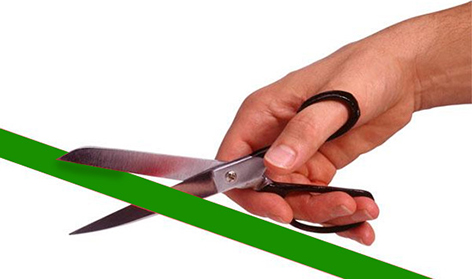 UK business could save £300m each year through planned improvements to environmental regulation, according to figures released by Defra.

Defra: Better for Business, published by the Department for the Environment, Food and Rural Affairs (Defra), confirms plans for 336 regulatory reforms, which remove “unnecessary regulatory burden on business”.

The changes are expected to save business £300m each year, or £1.5bn over five years – an increase on previously estimated savings of £1bn.

£23m is expected to be saved alone by cutting the need to for Waste Transfer Notes, instead moving to an online system.

The savings are expected to represent a third of all savings to business coming from planned government reforms to regulation through its “Red Tape Challenge” initiative and include:

guidance on how to comply with environmental legislation will be much easier to follow, after being reduced by 80 percent in volume

Defra aims to reduce the time spent by businesses reporting information to the department and its regulatory bodies and agencies by 20 percent, saving business some 850,000 working hours by April 2016.

Owen Paterson, Defra – “I am determined to see less regulation but better regulation – the same high standards, but rules that are much clearer and easier to use”

The department and its nine agencies, which include the Environment Agency and Marine Management Organisation, plan to consolidate legislation, reducing the overall number of regulations by 20 percent since 2011.

Secretary of State for the Environment, Food and Rural Affairs, Owen Paterson said: “I am determined to see less regulation but better regulation – the same high standards, but rules that are much clearer and easier to use. For the overwhelming majority of organisations behaving responsibly, I want to get out of their hair and let them get on with it.

That is the best way of ensuring small businesses prosper, bringing security, jobs and growth. It also gives us in government more time to focus on the ‘bad guys’, that small number who break the rules causing disproportionate harm.

Peter Young, Chairman of Aldersgate Group – an alliance of leaders from business, politics and society interested in a sustainable economy, said:

The Defra approach has embraced the opportunity to deliver streamlined, more effective regulation. In so doing the environment can be better safeguarded and business growth is enabled.

Defra has also launched a prototype online regulations portal – the first for central government. Once complete, DefraLex will be a comprehensive database of the department’s regulations, improving the transparency of laws and making it easier for people to keep up-to-date with changes.

Defra wants to know what you think about a new prototype tool and is asking for views HERE.