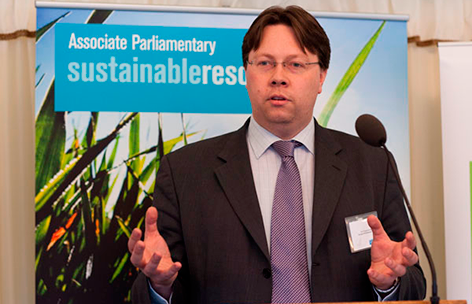 Defra today (16 Oct) confirmed that Dan Rogerson has replaced Lord de Mauley as the minister for waste and resources.

The Lib Dem MP is to take over the resource management brief, and will also be responsible for “climate adaptation and flooding”. He will also be in charge of water policy, as well as rural affairs and forestry.

The move is likely to boost Lib Dem influence over green issues at Defra.

Lord de Mauley first came into the role only last year but has now been reshuffled into the role of minister for natural environment and science and research, taking the lead on areas including biodiversity, ecosystem services and bee health.

The news comes only hours after de Mauley wrote to local authorities to clarify “separate collections” under the new regulations that will come into force in 2015.

As well as waste and resources, Rogerson will lead on a range of issues including climate change adaptation, managing the environmental impacts of biofuels, air quality, delivering the Water Bill, flooding and flood insurance.

The reshuffle means that the Lib Dems now have greater control over a number of areas where Conservative Environment Secretary Owen Paterson has been criticised by some environmental groups for underplaying climate risks.

Rogerson has previously been involved in the Associate Parliamentary Sustainable Resource Group and has spoken out in opposition to Cornwall Council’s plan to develop a an energy from waste plant, to be built by SITA.

“Mr Rogerson has both a sound knowledge of waste and resource issues and a track record of constructive involvement with this important and growing sector and we are pleased to welcome him to his new portfolio,” said CIWM Chief Executive Steve Lee.

“We will be seeking an early meeting to impress upon him the need for government leadership and vision on waste and resource efficiency. With the right support, our industry has a significant contribution to make to economic growth and jobs, resource and energy security, and progress towards a circular economy.

“We also hope that Mr Rogerson’s appointment is the beginning of a period of stability, ensuring that the important issue of waste and resource management remains a strong focus for Defra and other key government departments with a waste remit.”