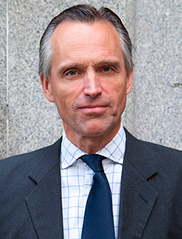 Former resources Minister, Lord de Mauley, has said that lessons could be learned from the environmental lobbyists dubbed by Owen Paterson as the “Green Blob”.

Former Secretary of State for the Environment, Owen Paterson, hit out at environmental groups, describing them as the “Green Blob” in July this year after being sacked less than two years in the post.

In an article in The Telegraph, Paterson commented: “I leave the post with great misgivings about the power and irresponsibility of – to coin a phrase – the Green Blob,” he said.

Lord de Mauley (pictured right) was also reshuffled from resources Minister to Parliamentary Under Secretary of State for natural environment and science.

According to Farmers Guardian, De Mauley was asked at the Conservative Party Conference for his view’s on Paterson’s comments.

“I think members of what I like to call the green lobby do us a service and they have shown us what is possible with lobbying. There are lessons some of us – on all sides – could learn lessons from that.”