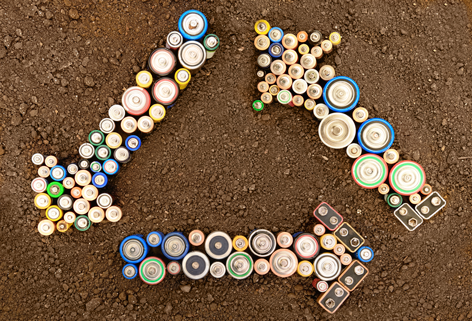 The Department for Environment, Food and Rural Affairs (Defra) is consulting on proposed changes to the producer responsibility regimes for Batteries and Packaging across the UK.

The consultation seeks evidence from packaging and batteries producers, producer compliance schemes and local authorities about the Government’s plan to help underpin a review of the waste plastic packaging target, and to support the Government’s analysis with WRAP and other partners to consider what further actions can be taken to ensure that the household waste recycling target is met.

The proposed changes to the producer responsibility regimes for Batteries and Packaging amend the:

The aim of the consultation is to reduce burden of producer responsibility obligations by improving effectiveness and is split into sections.

The Waste Batteries and Accumulators Regulations 2009

The consultation suggests the removal of the requirement for a Producer Compliance Scheme (PCS) to submit an operational plan, which are currently submitted annually by PCSs and outline how the scheme intends to operate in each instance the Environment Agency approves the plan and any changes.

The final change in this section would affect approved battery treatment operators/exporters who submit reports on treatment/export levels. These reports currently need to be audited by independent auditor. The proposed change is to remove the requirement for an independent auditor to sign off the data.

The consultation proposes the removal of an operational plan for packaging producers who register direct with EA and for producer compliance schemes (PCS). An operational plan is a document submitted by a producer or scheme to the Environment Agency, outlining how they will meet obligations under the regulations. This document is submitted annually and then resubmitted throughout the year with updates.

In the case of PCSs it is proposed that some elements considered necessary for function of scheme, and currently covered by the operational plan are moved to be included within conditions of scheme approval. These elements include monitoring the accuracy of information provided by members, to acquire P(E)RNs in a manner which least hinders the abilities of other operators to purchase them and to maintain necessary financial resource and expertise to procure PRNs.

The second part of the consultation also discusses a change in approving body. There will be no change for current schemes but amends to wording from appropriate authority to appropriate agency will be made within the actual regulations.

Also proposed are changes to director sign off arrangements, which would make it possible for the current “appropriate person” (ie legal company director) to delegate their authority for certain sign offs to another person.

Call for evidence on impacts of new plastic flow figures

Business targets of 52% in 2016 and 57% in 2017 for plastic were set under the Packaging Regulations. This was based on understanding of proportion of packaging placed on the market by obligated producers.

However, the Plastic Flow report published December 2014 suggested that existing estimates of plastic packaging flows on the market had significantly over estimated the amount of plastic placed on the UK market.

The report’s best estimate for UK flow in 2013 is 2,260kt which is 332kt lower than previous estimate. This suggests producers are funding the recycling of a higher proportion of plastic placed on the market than previously thought.

The Government wants to collate info and evidence to understand impact of keeping current targets, reducing targets, or delaying date for meeting targets.

The Government is committed to recycling 50% of waste generated within a household by 2020. The recycling rate currently stands at around 44%.

The Government is therefore undertaking a programme of work to understand the evidence and drivers for influencing recycling rates and the best interventions, working closely with WRAP and other stakeholders

The 2013 breakdown of PRN revenue subsidy suggests that around a third of the £111m total revenue was used to support the collection of household, and commercial and industrial packaging, whilst less than 0.5% of the total PRN revenue was spent on communications strategies.

The Government would like to understand if there are opportunities for the regimes to support local authority collection of waste packaging.

The producer responsibility regimes consultation will run from 27 March to 22 May 2015.

For the full consultation and to respond CLICK HERE