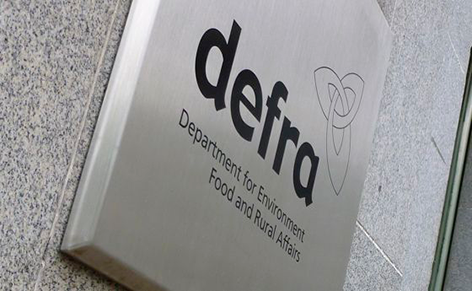 Defra is seeking views on providing greater flexibility around the use of Waste Transfer Notes and minor amendments to waste carrier legislation in England and Wales.

The consolation is a part of the Government’s Red Tape Challenge, where the Government aims to cut excessive regulations and bureaucracy that it says is hurting business and doing damage to the economy.

The Red Tape Challenge stated that it is “burdensome” for some small businesses to fill in Waste Transfer Notes.

The consultation proposes “greater flexibility” in the way information on the description of wastes may be completed as an alternative to the use of Waste Transfer Notes.

It clarifies how registered waste carriers can show their “authority to carry waste” when required to.

It also recommends additional offences the Regulators can take into account when registering waste carriers, brokers and dealers.

As well as more flexibility, the Government is proposing two minor amendments to legislation relating to waste carrier registration and enforcement.

The consultation will be open for submissions from Monday 9 December 2013 until Monday 20 January 2014.

With just one month until launch, the team behind the new edoc electronic waste transfer system has welcomed Defra’s consultation on alternatives to the current Waste Transfer Note (WTN) system.

The six week consultation comes as the finishing touches are being put to edoc, and helps highlight the fact that edoc will provide businesses with an easy to use, electronic alternative to recording on paper from January 2014.

Chris Deed, Edoc – “The whole ethos behind edoc is to create a simple, cost-effective means for businesses to comply with the duty of care for waste. Millions of individual business waste transfers are recorded every year, using up paper and taking up costly space”

Chris Deed, who is leading implementation of edoc in partnership with the waste industry and other UK government bodies, said: “The whole ethos behind edoc is to create a simple, cost-effective means for businesses to comply with the duty of care for waste. Millions of individual business waste transfers are recorded every year, using up paper and taking up costly space, not to mention the administrative headache of filing, storing and searching for individual records if they are needed.”

Edoc is a quick, simple and free to use online system for recording business waste transfers. Users anywhere in the UK will be able to create waste transfer notes online, exchange them with the other party and sign them electronically in a completely paperless transaction.

Records are secure and confidential to the parties involved in the transfer, and advanced search and interrogation features will enable users to find individual records or generate detailed tailored reports at the touch of a button.

Chris Deed added: “The design of edoc will help accurate recording, which will improve data quality and reduce the opportunity for poor or fraudulent recording.  Overall, edoc will create a more accurate picture of business waste arisings than we have ever had before.”

For further information on edoc and to register interest ahead of its launch, please visit www.edoconline.co.uk

CIWM believes that the proposed changes to waste carrier registration and relevant offences are a pragmatic response to recent legislative changes and on WTNs.

CIWM chief executive Steve Lee said: “The changes proposed in this consultation are much as expected following the Red Tape Challenge. While some businesses may want to do away with the need for a separate record in the form of a WTN, in reality most will satisfy their Duty of Care reporting obligations through an annual ‘season ticket’ anyway, and opening up new forms of recording waste transfers could introduce confusion. CIWM believes that the new electronic duty of care system (edoc) is likely to bring significant data and information improvements to businesses and streamline data capture, storage and processing well beyond any gains that might be made by allowing waste transfers to be recorded in other ways.”

On the question of expanding the types of information required on WTNs, CIWM believes that the most significant and useful addition would be a record of the intended receiving facility for the waste.

“Although any more reporting burdens for businesses are unlikely to be favoured at the moment, the small additional responsibility to record the intended destination of wastes could be more than outweighed by the advantages to all compliant businesses if it helps to combat waste crime. This change has already been made in Northern Ireland for exactly that reason,” Lee said.

The consultation period is short because it follows on from the Red Tape Challenge. It closes on 20 January 2014 and CIWM will be seeking input from its Members to allow a full response on all issues covered.