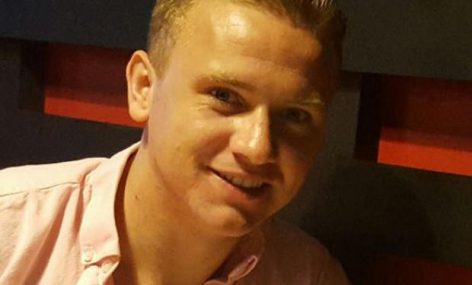 Detectives searching for missing airman Corrie Mckeague have combed through over 800 tonnes of waste at a landfill site in Milton, Cambridgeshire, since the search began on March 6.

“If there is a find on the site, then the HSE will have a role to play in looking into the procedures that were in place and we have been speaking with them to ensure they are aware of our investigation to date”

23-year-old RAF airman, Corrie McKeague, was reported missing from Bury-St-Edmunds in September last year (2016). Since then, Suffolk police have been working through all possibilities to discover where he is. The work has been prioritised with the most likely scenarios being examined in detail.

One of these lines of enquiry has looked at waste collections in the area, with the suggestion of the possibility that he may have been picked up in a waste container when it was collected by crews.

CCTV shows a waste lorry made a collection in the area a short time after the last confirmed sighting of Corrie. The lorry was seized in the early stages of the enquiry for forensic examination, but did not reveal any traces of him. However, police have persisted with this line of enquiry.

Since police alerted the landfill site early in the investigation that it may need to be searched, the waste collected from Bury St Edmunds that morning has not had further items put onto it.

Police have now confirmed that the Health and Safety Executive (HSE) will be working alongside officers investigating Corrie McKeague’s disappearance.

A team of specialist-trained search officers from Suffolk and Norfolk Constabularies are continuing to work at the landfill site and have now been through more than 845 tonnes of material in the search.

It was estimated at the launch of the landfill search that it would take six to ten weeks to complete.

Detective Superintendent Katie Elliott commented at the commencement of the search: “We have a large area – around 920 square metres, up to a depth of eight metres – of waste to search through and a plan has been put in place to manage this process to ensure a thorough and comprehensive search is undertaken.”

Officers have been liaising with the HSE as part of the investigation into the circumstances around what happened to Corrie.

Detective Superintendent Katie Elliott, said: “If there is a find on the site, then the HSE will have a role to play in looking into the procedures that were in place and we have been speaking with them to ensure they are aware of our investigation to date.

“Officers have completed thousands of hours of enquiries to find Corrie and through the work that has been completed over the past few months we have gathered a substantial amount of information which will inform both our own and any potential HSE investigation as we move forward.”

Detectives working on the case have carried out a systematic examination of the possible options including using CCTV, phone and social media analysis, searches, media appeals, talking to those who had contact with Corrie, investigating his background and social life and tracing those who were in Bury St Edmunds at the time of the last sighting – 3.25am on Saturday 24 September.

Anyone with information about his disappearance is asked to call the incident room at Suffolk Police on 01473 782019.