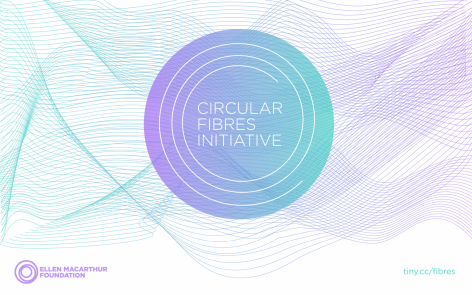 The Ellen MacArthur Foundation has launched a new initiative that brings together key industry stakeholders to build a circular economy for textiles. starting with clothing.

Participants in the Circular Fibres Initiative will work together to define a vision for a new global fibres system, which will address the significant drawbacks of the ‘take-make-dispose’ model currently dominating the industry.

The new system for textiles will be based on the principles of a circular economy, generating growth that benefits citizens and businesses, while phasing out negative impacts such as waste and pollution – an economy fit for the 21st Century.

Textiles is the second global materials flow that the Foundation has focussed on. In 2016, the Foundation launched the New Plastics Economy initiative, bringing together industry to build a plastics system that works.

“The way we produce, use, and reprocess clothing today is inherently wasteful, and current rising demand increases the negative impacts…”

The success of this initiative, which includes two major reports presented at the World Economic Forum in Davos, stakeholder workshops and significant media attention, has highlighted the importance of a pre-competitive, collaborative mindset amongst participants.

Fibres are an important part of today’s global economy, clothing production has doubled in the last 15 years with sales of footwear and apparel reaching $1.67 trillion in 2016[1].

As a first step the Circular Fibres Initiative will produce, with McKinsey & Co. as Knowledge Partner, an analysis of the textiles industry, mapping how textiles flow around the global economy, and the externalities that arise from the current system. The initiative’s first report is due for publication in Autumn 2017.

“The way we produce, use, and reprocess clothing today is inherently wasteful, and current rising demand increases the negative impacts. The Circular Fibres Initiative aims to catalyse change across the industry by creating an ambitious, fact-based vision for a new global textiles system, underpinned by circular economy principles, that has economic, environmental, and social benefits, and can operate successfully in the long term.” Dame Ellen MacArthur, Founder, Ellen MacArthur Foundation.

Ellen MacArthur launched the new initiative alongside Wendy Schmidt of the Schmidt Family Foundation and Lewis Perkins of Cradle to Cradle Product Innovation Institute, during a live session at the Copenhagen Fashion Summit this week.

The initiative is supported by a Core Philanthropic Funder, C&A Foundation, Core Corporate Partners H&M and NIKE, Inc., and a consortium of organisations including the Danish Fashion Institute, Fashion for Good, Cradle to Cradle and Mistra Future Fashion.