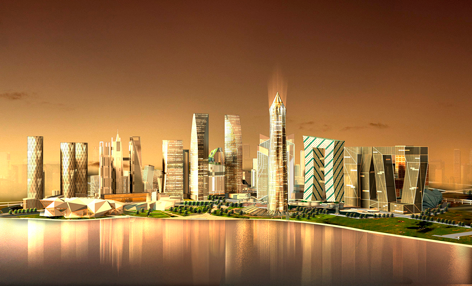 Envac’s automated waste collection system and recyclable segregation plant has been in operation since April 1, 2015. On the development’s completion in 2025/2028 Envac will handle the waste of the entire district, which is expected to be over 400 tonnes per day generated from GIFT City’s 25,000 apartments, 100,000 residents and a working population of over 500,000. The site’s retail zone will also attract between 25,000 – 50,000 visitors each week.

GIFT City will comprise 112 towers each ranging from 25-60 floors, residential and commercial zones, hospitals and schools and a world-class trade centre.

Graham Bell, Envac Middle East and India – “This is undoubtedly one of the most exciting projects that we have had the opportunity to work on, not just because of its sheer scale but also because of its diversity and the fact that it’s a world first”

A smart city, this latest sustainable development to be built in India will cater for a wide selection of the population and provide many employment opportunities for its communities.

Each building will contain two Envac chutes, which will feed in to one of seven on-site collection stations, covering organic waste and mixed recyclables. Envac will also be responsible for sorting the mixed recyclables in a deal that makes GIFT City the first site in the world to introduce an Envac system that addresses every element of the waste collection process.

Talks are currently underway to include an onsite waste-to-energy plant, which would deliver a full closed-loop solution.

On developing the project Graham Bell, Regional President of Envac Middle East and India, comments: “This is undoubtedly one of the most exciting projects that we have had the opportunity to work on, not just because of its sheer scale but also because of its diversity and the fact that it’s a world first.

Ramakant Jha, Managing Director & Group CEO at GIFT City, comments: GIFT City is India’s first smart city, which is being developed as a global financial hub. Being a smart city, most of the infrastructure we are developing will add value to the overall development and the automated waste collection system at city level will remove human interaction in the collection and disposal of waste.

“The vision of GIFT City is aligned with the vision of the Honourable Prime Minister of India under the “Clean India” movement. The automated waste collection and segregation plant is a step in right direction and we are happy to dedicate this facility to the country.”