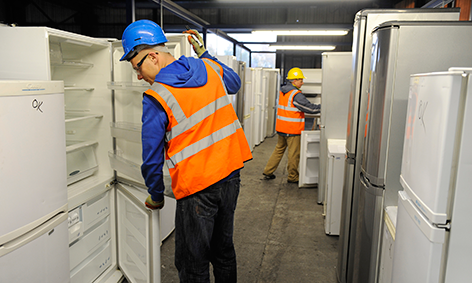 The move will secure and safeguard some 50 jobs at the West Midlands site, and provide certainty over the Overton Recycling’s long-term future, Environcom said in a statement.

The acquisition will enhance Environcom’s position in the WEEE recycling industry, adding a third site and creating increased processing capacity.

Sean Feeney, Environcom – “We’re delighted to have acquired Overton Recycling which will not only increase Environcom’s processing capacity but will also secure key recycling jobs in the industry”

Environcom currently operates a number of other recycling facilities including its Grantham WEEE facility, which is one of the largest in Europe and caters for all categories of WEEE with a capacity of 100,000 tonnes. A second site in Edmonton, North London gives a new lease of life to up to 75,000 WEEE items a year.

Environcom’s senior management team is working in partnership with existing staff at Overton Recycling to ensure the smooth transition of the company into the Environcom fold, with no disruption to production processes, the company said.

Sean Feeney, Environcom’s CEO said: “We’re delighted to have acquired Overton Recycling which will not only increase Environcom’s processing capacity but will also secure key recycling jobs in the industry. We’re looking forward to bringing it into the Environcom fold and becoming part of our philosophy to do the right thing with WEEE so it doesn’t cost the earth.”