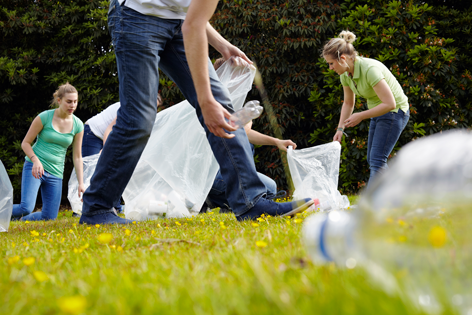 Charities will receive more than £1.5m for projects benefitting wildlife and the environment as a result of enforcement action by the Environment Agency (EA), it was announced today (31 January).

Companies that broke environmental laws have agreed to make payments to a range of charities and have pledged to make improvements to avoid future offences.

The money will be spent by local groups on projects that aim to make a direct positive impact on the environment. Stretches of rivers will be cleaned, native species will be restocked into rivers and communities groups will invest in parkland.

“Enforcement Undertakings allow those who commit offences to restore the environment and to take steps to prevent a recurrence.”

Several six figure payments have been made for not recovering and recycling packaging. All companies producing packaging have a responsibility to recycle or pay for recycling to compensate and failure to follow packaging regulations will result in enforcement action and financial penalties.

Twenty six companies are on the new list of Enforcement Undertakings, with payments ranging from £1,500-£375,000, including 6 companies that have agreed to make 6 figure payments:

As well as making a suitable payment to an appropriate environmental charity, each company has accepted liability, demonstrated restoration of harm and invested to reduce the risk of similar breaches occurring in future.

The Environment Agency’s ability to accept Enforcement Undertakings was extended in 2015 to a far wider range of offences.

The Environment Agency is increasingly using this method of enforcement for suitable cases to swiftly restore the environment, improve practices of the offending company and avoid longer criminal court cases. However, prosecutions will still be taken, particularly in the most serious cases.

Peter Kellett, Legal Director for the Environment Agency said: “We take pollution incidents very seriously and the payments of £1.5 million we’re announcing today are the result of our firm but fair enforcement action and will benefit people and the environment across the country.

“Enforcement Undertakings allow those who commit offences to restore the environment and to take steps to prevent a recurrence. When appropriate, they allow a quicker resolution than a prosecution and help offenders who are prepared to take responsibility for their actions to put things right with their local communities.”

Stephen Trotter, Director, The Wildlife Trusts England, said: “The principle that a polluter should make amends for the damage they’ve caused makes good sense. We all depend on a healthy environment and this positive scheme allows some natural improvements to be funded which otherwise wouldn’t happen. Clearly it would be better if these incidents hadn’t happened in the first place – but at least something positive has come out of it.

“The Wildlife Trusts also welcome the deterrent effect that these Enforcement Undertakings should have. It’s really important that people understand their responsibilities and care for the natural world – it’s also cheaper and makes business sense to do things cleanly than risk causing damage and pollution.”