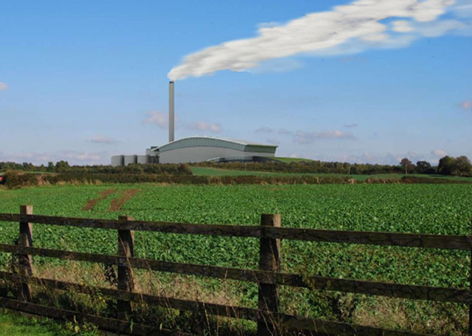 The Environment Agency (EA) has issued an environmental permit for Allerton Park’s energy from waste (EfW) facility, suggesting the plant may still go ahead after Defra cut PFI funding to the scheme.

The EfW facility near Knaresborough, North Yorkshire, received the permit from the EA following a public consultation and assessment of any potential impacts on the environment.

The future of the £1.4bn waste recovery plant was left in jeopardy earlier this year after the Government announced it was no longer intending to authorise PFI credits to pay for the park.

Defra said the PFI funding was stopped because European Union waste reduction levels had now been met, and the Allerton incinerator, together with the Bradford and Calderdale scheme and another on Merseyside, was no longer necessary.

It seems, however, that the plant may still go ahead as the EA has granted permit for the site to receive 320,000 tonnes of waste per year.

David Walker, City of York Council’s head of financial procedures had previously reported that there was a contractor liability risk to the authorities in exiting from the procurement for the Allerton scheme.

“In addition, scrapping of the plans may mean both authorities having to spend more on landfill taxes, depending on the time and acceptability of any new solution,” the report said.

The Council report also said that York council would “take time and review its options and alternatives” in attempting to recover as much of the withdrawn PFI funding as possible.

AmeyCespa Ltd will operate the EfW facility, which will burn mostly municipal waste at high temperatures, using the resulting heat to generate electricity.

The installation will also include an anaerobic digestion facility and an ash processing plant. There will be initial waste treatment to remove recyclable material. Electricity will be generated and exported to the National Grid.

“AmeyCespa welcomes the decision by the Environment Agency to issue the environmental permit to operate the Allerton Waste Recovery Park,” the company said in a statement, but said it couldn’t provide any further information regarding the park’s financial state at this stage.