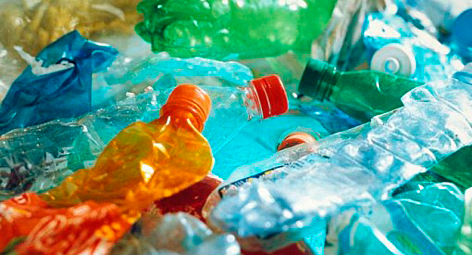 The most hazardous plastics and certain plastic bags should be banned by 2020 as part of an EU strategy to reduce plastic waste in the environment, says the European Parliament, in a resolution voted on today (14 Jan). The EU should also introduce binding plastic waste recycling targets, MEPs say.

MEPs stressed that plastic waste is damaging the environment due both to weak enforcement of EU legislation on waste and to the lack of specific EU laws on plastic wastes, despite their particularities.

Parliament has proposed a way to deal with the detrimental impact of plastic waste on the environment and human health, saying it wants to change bad habits and account for products from production through to final disposal.

Vittorio Prodi – “By putting these products to good use and recycling them as much as possible, we close the loop and give effect to the concept of a ‘circular’ economy. This will also help to clean up our seas and land, while creating more job opportunities”

“By putting these products to good use and recycling them as much as possible, we close the loop and give effect to the concept of a ‘circular’ economy. This will also help to clean up our seas and land, while creating more job opportunities,” said rapporteur Vittorio Prodi (S&D, IT), whose text was adopted by show of hands.

MEPs propose that specific binding targets for collecting and sorting up to 80 percent of waste should be included in EU legislation. Mandatory criteria for recycling, and harmonised ones for collecting and sorting waste, should be framed to ensure fair competition, they say, adding that the current EU directive on packaging waste should also be reviewed.

Priority To Recycling And Composting

Parliament calls on the European Commission to make proposals by 2014 to phase out the landfilling of recyclable and recoverable waste by 2020 and discourage the incineration of this waste. It also urges that plastic waste should not be used for energy recovery unless all other possibilities have been exhausted.

MEPs believe that the most dangerous plastics should be withdrawn from the market. The use of single-use plastic bags should be phased out wherever possible. They also call for bolder steps to tackle illegal exports and dumping of plastic waste.

MEPs stress that the economic potential of recycling plastics is still largely unexploited. Only 25 percent of plastic wastes are currently recycled. Fully enforcing EU legislation on waste could save €72bn a year, boost the annual turnover of EU waste management and recycling firms by €42bn and create over 400,000 jobs by 2020, say MEPs.

Greens/EFA MEP Margrete Auken, the parliament’s rapporteur/draftsperson for forthcoming EU legislation on single-use plastic bags, said: “Parliament has today made clear the need for the EU to do more to tackle the pervasive problem of plastic waste and its impact on health and the environment.

Margrete Auken– “With crucial legislation on single-use plastic bags in the legislative process, this report provides a strong signal to this end, calling for a radical reduction and where possible a phase-out of plastic bags”

“With crucial legislation on single-use plastic bags in the legislative process, this report provides a strong signal to this end, calling for a radical reduction and where possible a phase-out of plastic bags.

“These bags are very low-hanging fruit when it comes to reducing unnecessary plastic waste, and its impact on the environment.

“The European Parliament has also today called for a phase out of oxo-biodegradable plastics, as well as of dangerous plastic materials and additives. We believe the upcoming EU legislation should also address these issues. The report adopted today also calls for the phase-out of certain phthalates and brominated flame retardants in electrical and electronic equipment, which is currently being assessed by the Commission.”

The Oxo-Biodegradable Association (OBS) only yesterday announced that it is challenging Defra’s recent award of a tender for a project on biodegradable plastic carrier bags to Aquapak Polymers and Axion Consulting and has questioned whether there was prejudice in the decision.

It claimed that the successful companies have “no expertise with biodegradable polymers”.

The OPA would like to know whom Defra appointed as assessors for this tender. “We would be concerned if they included some of the people well known to be prejudiced against oxo-biodegradable plastics to whom Defra so often turn for advice,” the OPA said in a statement.

“We may have to ask the courts to rule on this matter if a contract is awarded to Aquapak and Axion,” it said.