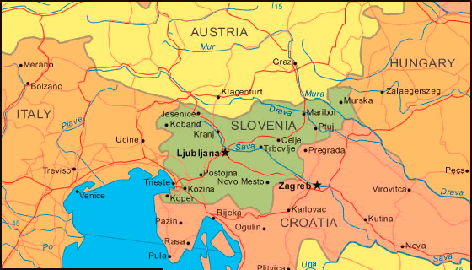 The European Commission has begun legal proceedings against Slovenia for its failure to comply with the requirements of EU waste legislation relating to two illegal landfills containing hazardous waste.

Slovenia had agreed to address the problem, which saw large quantities of polluted soil originating at a 17-hectare contaminated brownfield site in Cinkarna, Celje, Slovenia’s third largest town and another in nearby Bukovzlak.

Slow progress by the country, however, to has led the Commission to call Slovenia before the EU Court of Justice.

High levels of toxic heavy metals have been detected at both sites.

The Commission opened infringement proceedings on the matter in November 2012, with a reasoned opinion following in June 2013. Slovenia subsequently recognised the scale of the problem in Bukovzlak and the need to address it.

The Commission was informed that various methods of removal are being considered for both Celje and Bukovzlak, and a timetable for clean-up and removal has been provided. That timetable has not been respected, however, and in view of the length of the breach, the presence of heavy metals in the landfills and the serious risk they present for human health and the environment, the Commission has decided to call Slovenia before the Court of Justice.

This infringement concerns breaches of the Waste Framework Directive and the Landfill Directive.

The EU Waste Framework Directive obliges member states to take measures to ensure that waste management is carried out without endangering human health and without harming the environment.

Under the Landfill Directive, landfills must meet certain conditions in order to operate. The legislation aims to protect human health and the environment from the negative effects caused by the collection, transport, storage, treatment and disposal of waste.