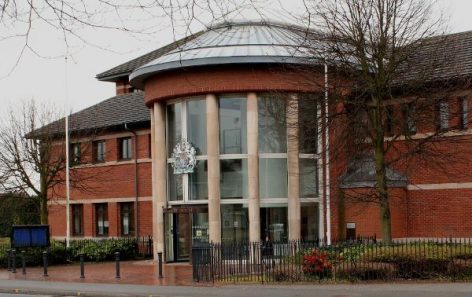 A Mansfield resident, who used someone he found on Facebook to dispose of his waste, and a Mansfield woman, who used a scrap man to get rid of her waste, have both been fined after their waste was found fly-tipped.

Barry James, 40, of Portland Street, and Mihaela Munteanu, 30, of the Knoll, were prosecuted by Mansfield District Council in separate cases at Mansfield Magistrates’ Court on 25 May 2017.

They were ordered to pay a total of more than £660 after each admitted one charge of failing to comply with her householder’s duty of care, contrary to section 34(2A) of the Environmental Protection Act 1990.

“Residents should be really wary of using someone advertising on social media, or elsewhere, to dispose of waste cheaply.”

In both cases the defendants had paid traders to remove waste from their homes but had not taken details of the vehicles used, asked for a receipt or asked to see the operator’s waste carrier’s licence.

The court was told that Barry James’s offence related to waste found dumped in Newlands Way, Forest Town, on or before 5 January 2017. It included 12 bags of household waste and a number of items linked to the defendant.

He later told council officers that he had responded to an advert on Facebook and had paid a man £40 in cash to take his waste.

Mihaela Munteanu’s offence related to a large deposit of household waste, clothing, flooring, compost, underlay and carpet found in Peafield Lane, Mansfield. A number of items were linked to the defendant. She later told council officers that she had paid a scrap man £20 to take her waste.

After the cases, Sarah Troman, Interim Director of Communities, said: “Residents should be really wary of using someone advertising on social media, or elsewhere, to dispose of waste cheaply.

“Always check they have a waste carrier’s licence and take their credentials and vehicle details, because if your waste ends up fly tipped, it could be you rather than the fly tipper who has to carry the can for what is a criminal offence.”