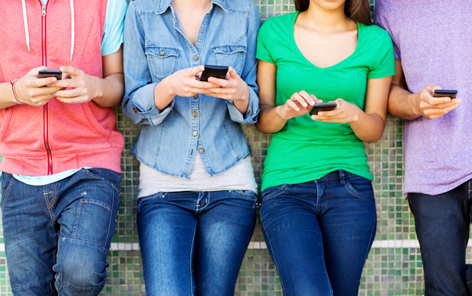 The youth of Britain, those aged between 18-24, are the most apathetic generation when it comes to recycling waste, and women feel more guilty than men when they don’t recycle, a new study has revealed.

A YouGov poll of over 2,500 people, commissioned by environmental solutions company Veolia, found that those aged 18-24 were the most uncaring generation when it came to recycling and wanting to make a positive difference.

The nationwide study found only 57 percent of 18-24 year olds in Britain think it is “very important” to recycle as much household waste as possible, compared to 74 percent of over 55s.

According to the research, the “Facebook generation”, as it has been dubbed, are also the least likely to say that responsibility for recycling falls to the individual householder.

Only 29 percent of 18-24 year olds think they bear the most responsibility to recycle, as compared to 42 percent of over 55s, preferring to hold local and national government accountable for doing it.

Estelle Brachlianoff, Veolia – “In the age where we buy and throw away a new mindset is needed that should be matched throughout higher education in schools to truly understand the importance of recycling and how it reduces our dependence on precious resources”

Eighty-one percent of women “feel guilty” when they don’t separate their waste, whereas only 69 percent men feel the same way.

Estelle Brachlianoff, senior executive vice president of Veolia in UK and Ireland said: “Most people assume that younger people are more socially and environmentally conscious, yet this study turns this logic on its head.

“The UK needs to meet ambitious recycling targets. These are achievable, provided that we can keep up the pace, continue promoting it in engaging ways and make it simple. Unless we do something to change these attitudes we will find it increasingly hard to convince future generations to take recycling seriously.”

Veolia works directly with young people across the UK to raise awarness of environmental challenges and show how they can help contribute to a more sustainable future. Activities include hosting tours at its recycling centres for schoolchildren to creating a shadow advisory board of young people.

Brachlianoff added: “In the fast paced world of the younger generation, where time is of the essence, recycling sometimes does not make it into the top of their priority list. We specifically see this in areas with a high student population where we find large amounts of contamination in their recycling.

“For many this is because it is their first time away from home, for others they may not see it as being their problem and for some they are confused as the rules are different from where they lived before.

“In the age where we buy and throw away a new mindset is needed that should be matched throughout higher education in schools to truly understand the importance of recycling and how it reduces our dependence on precious resources.”