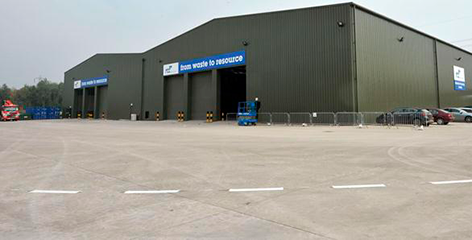 The waste and resource management business says the financial injection by its parent FCC S.A. is a strong endorsement of its expansion strategy into both the municipal and commercial sectors.

The investment, by Spanish owner FCC S.A., an international construction to waste specialist, was backed by 100 percent of the company’s existing investors, follows the successful completion of a refinancing of the UK environmental services business.

Paul Taylor, chief executive officer of FCC Environment said: “We are well on the way to delivering our strategy of owning the waste and maximising the value of the resource through recycling and renewable energy. This is a clear move away from our historic landfill business.

Paul Taylor, FCC Environment – “We are well on the way to delivering our strategy of owning the waste and maximising the value of the resource through recycling and renewable energy”

“This major investment is a clear vote of confidence in our strategy and provides us with necessary financial strength to move forward faster.”

FCC Environment is already delivering a range of infrastructure developments in-line with its strategy. In December of 2013 the company officially opened a new £11m materials recovery facility (MRF) at its Sutton Courtenay site in Oxfordshire. The MRF has the capacity to process 100,000 tonnes of waste per annum and will provide up to 38 jobs.

In addition, its 150,000tpa Lincolnshire energy from waste (EfW) will become operational this spring, whilst construction of another EfW facility near Calvert in Buckinghamshire is well underway. The 30 year contract with Buckinghamshire County Council will see FCC Environment treat 300,000 tonnes of waste per year generating 22MW of energy.

FCC Environment has also been awarded the Cheshire West and Chester contract to manage non-recyclable waste. The new eight-year contract will see waste that cannot be recycled used to generate electricity rather than being disposed of in landfill.

Taylor added: “We have already delivered significant infrastructure development. The investment creates clarity for our on-going and future development plans.”