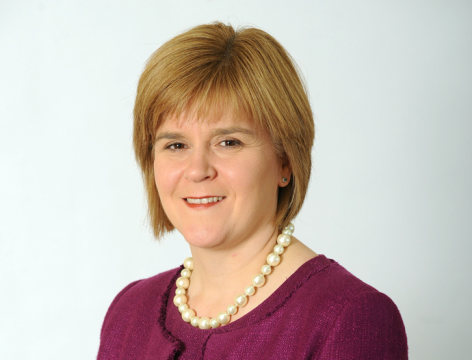 The Clean Up Scotland Campaign aims to change long-term behaviour by making littering unacceptable and is encouraging people from across the country to sign the pledge by visiting www.keepscotlandbeautiful.org/pledge. As well as the 50,000 individual pledges, the campaign has supported more than 500,000 acts of volunteering removing litter from our environment in the past two years. With almost 300 Clean Ups taking place every month, the campaign has reached across the country, across political boundaries and brought communities together through volunteering during their free time.

Derek Robertson, Chief Executive at Keep Scotland Beautiful said: “We already have the support from across Scotland’s political spectrum, but it is a welcome boost to the Clean Up Scotland campaign to have the support of our new First Minister. We are building a national coalition, and we hope that the backing of the First Minister will encourage others to pledge their support to the campaign and to help transform our country”.

The First Minister added: “The environment where we live and work, where our children learn and play really matters to us all. I want everyone living here and everyone who visits our country to be proud of Scotland and that’s why I’m signing this pledge and doing my bit to support Keep Scotland Beautiful’s Clean Up Scotland campaign. Taking a stake in your own community can be empowering and I hope that others will get behind the campaign and pledge their support too.”