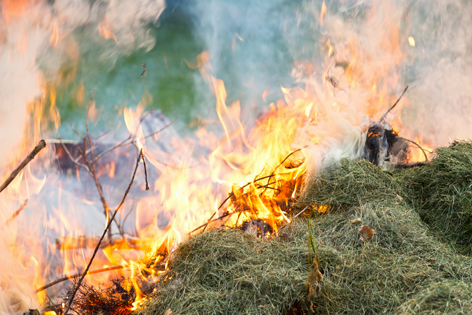 Firefighters are warning people about the dangers of burning waste following a fire in the garden of a house in Mitcham this weekend (23 April).

Four fire engines and 21 firefighters and officers dealt with the blaze, which is believed to have started accidentally when a brazier being used to burn waste ignited other combustible items in the rear garden.

The fire badly damaged the ground floor of the two storey semi-detached house and destroyed a shed in the garden where the fire started.

Two sheds belonging to neighbouring properties were also damaged by the blaze.

Around 14 people left the affected and adjacent properties before the firefighters arrived. There were no injuries.

A spokesperson for the London Fire Brigade said: “If you’re having a bonfire or are burning rubbish in a brazier make sure you never leave it unattended and always keep it well away from your home, sheds or fences.

The Brigade was called at 17:17 and the fire was under control by 19:23. Fire crews from Norbury, Mitcham and Wimbledon fire stations attended the scene.