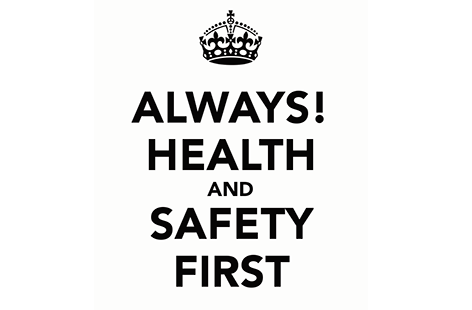 Glasgow City Council has been fined £20,000 following the death of a pensioner after he was struck by a reversing refuse vehicle in the city centre.

Malcolm McCulloch, 71, a retired dock worker from Glasgow, was walking across Holm Street, Glasgow, when he was struck by the reversing lorry on 10 August 2012. He suffered severe chest and pelvic injuries and later died in hospital.

The incident was investigated by the Health and Safety Executive (HSE) and a prosecution brought against the council for serious safety failings.

Glasgow Sheriff Court heard that the council carried out its own commercial glass collection. As the reversing of refuse collection vehicles is a hazardous activity, the council had introduced a program of reversing assistant training between March and December 2011. A reversing assistant’s role is to stand outside the vehicle and guide the driver in situations where reversing manoeuvres cannot be avoided.

The driver of the vehicle on the date of the incident was employed through an agency, rather than as a direct employee of the council, and had worked on the glass collection vehicle since March 2012. A labourer employed by the council travelled with the driver, getting out at stops to empty the glass bins.

Eve Macready, HSE – “Reversing vehicles poses one of the biggest hazards in the refuse collection industry and there is plenty of guidance available on how to reduce the risks. The fact that the driver and his colleague had not been trained meant they did not have the skills necessary and were not fully aware of the need to use a reversing assistant – as a result Mr McCulloch has needlessly lost his life”

The court was told that on the date of the incident, at around 11am, the driver reversed the lorry from Wellington Street, into and along Holm Street.

Several cars were parked in Holm Street at the time. The driver checked his mirrors, turned on the vehicle’s flashing beacon and reversing siren, and reversed down the street while his colleague sat in the passenger seat.

At this time, Mr McCulloch was walking from Wellington Street into and along Holm Street, where he walked out between some parked cars to cross the road. However, neither the driver nor his colleague saw him leaving the pavement. He was struck by the lorry, fell underneath the vehicle and was dragged some way along the road as the driver continued to reverse, unaware of what had happened.

The driver only saw Mr McCulloch lying in the road when he stopped the vehicle and got out of his cab. Mr McCulloch was taken to hospital but later died as a result of his injuries.

An inspection of the vehicle by HSE mechanical specialists found no defects, and its warning beacon and siren were working correctly. However, there was a blind spot, around 2.2 metres wide, that was not covered by the CCTV camera or wing mirrors.

Accordingly neither the driver nor the labourer would have seen Mr McCulloch stepping into the path of the reversing lorry. A reversing assistant should have been used to guide the driver while reversing and to prevent pedestrians such as Mr McCulloch from being able to cross the road as the lorry reversed..

Glasgow City Council, of City Chambers, Glasgow, was fined £20,000 after pleading guilty to breaching Section 3(1) of the Health and Safety at Work etc Act 1974.

Following the case, HSE Inspector Eve Macready, said: “It appears the collision resulted from the lorry reversing along Holm Street and Mr McCulloch walking on the road while a lorry was reversing towards him.

“Our investigation has found there was a blind spot for the driver even when using the camera, but if a reversing assistant had been used this would have prevented the incident.

“Reversing vehicles poses one of the biggest hazards in the refuse collection industry and there is plenty of guidance available on how to reduce the risks. The fact that the driver and his colleague had not been trained meant they did not have the skills necessary and were not fully aware of the need to use a reversing assistant – as a result Mr McCulloch has needlessly lost his life.”