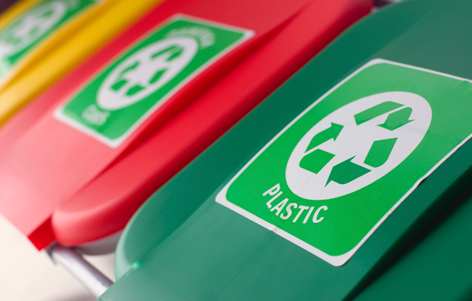 Government has “missed an opportunity” after rejecting calls from the Environmental Audit Committee to lower VAT on recycled products, the results of an opinion poll have found.

In its report on how to create a more circular economy, the cross-party EAC called for lower VAT on recycled products, a phased-in requirement for new products to be recyclable and greater standardisation of waste collection services, including a ban on food waste being sent to landfill.

The EAC said Government has its “head in the sand” after the response to its July report saw the rejection of its recommendations (See CIWM Journal Online story).

Environmental Audit Committee Chair, Joan Walley MP, said: “The disposable society simply isn’t sustainable in the twenty-first century. Innovative companies in the UK, like B&Q and M&S, recognise this and are already demonstrating that using resources less wastefully is the future of business.

“Yet our Government seems to have its head in the sand and is refusing to take basic steps to reduce the amount of food and resources we waste.”

A CIWM Journal Online poll asked visitors to the website whether the Government, indeed, does have its “head in the sand”.

The results found the majority of respondents (58 percent) were of the opinion that “Yes. It’s yet another missed opportunity”.

Forty-two percent of respondents were of the opinion that “there is no necessity at this stage for tax allowance changes”.

CIWM Journal Online’s latest poll is asking whether the European Commission will come good on its promise to deliver more ambitious circular economy plan in 2015. To have your say respond to our poll on the HOME PAGE.