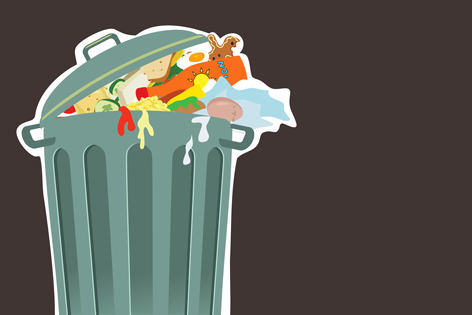 A new report into food security has been published by the Environment, Food and Rural Affairs (Efra) Committee, today (22 Jan), stating that to help combat food waste created in the UK Government should appoint a food security co-ordinator.

The Committee report also recommends that Defra should lead a joined-up national approach that saves and redistributes surplus food from all parts of the supply chain.

The role of a “Food Security Co-ordinator” would be to bring together key agencies to develop effective systems to distribute far greater volumes of food that would otherwise go to waste.

Supporting the work of WRAP to tackle this, the Committee is also calling on Government to ensure the organisation remains “adequately funded”.

The Committee launched its enquiry in October last year, which aimed at taking an “in-depth look at how the UK’s food can be sourced sustainably, how food waste can be reduced in the home and how the waste that is produced can be dealt with responsibly. (See CIWM Journal Online story)

It also aimed at assessing food waste in the restaurant industry and the supply chain.

The report also welcomes work by organisations such as Plan Zheroes to redistribute surplus food: yet of some 400,000 tonnes, which is still edible when it is discarded, only 2% is redistributed.

The work of charities and supermarkets to redistribute surplus food via foodbanks is “commendable”, the Committee says, but the amount redistributed is “pitifully small” compared to the amount of good food that currently goes to waste.

“This level of waste is unacceptable economically, socially and environmentally,” the Committee says, which recommends the Government set up a task force to co-ordinate national work by charities, councils, retailers, food producers and manufacturers to establish an effective redistribution network across the country.

“The myriad choices millions of people make every day on what food to buy and from where to buy it must be harnessed to support national food policy goals, not through increased regulation but through better information from retailers and central and local government. For example consumers should be encouraged to buy British products, since British food production forms a vital component of a secure supply system.

“Further, with shoppers typically spending only a few seconds deciding what product to buy, the food industry and retailers can better help consumers to buy food from sustainable sources through providing clearer and more informative information.

“Defra should commission research to support improved labelling and retailers must be pro-active in providing in-depth product information online and in-store.”

The report also looked into poor diet and over consumption, urging the need for joined-up action across government and by local government and retailers to promote healthy food choices that will deliver national economic and social benefits as well as improving individuals’ health.

The report also recommends that Defra commission further research into the scale of “food insecurity” in Britain to plug a data gap and calls on local councils, working closely with retailers, to use the planning system to promote healthy communities through the location of food stores that enable all to buy healthy food locally at affordable prices.

The BRC states that the retail sector wastes 200,000 tonnes of food per year, equating to only 1.3 percent of the 15m tonnes of food wasted each year in total.

Household waste equates to half the total, at 7m tonnes, manufacturing 3.9m tonnes and farming 3m tonnes. Hospitality and food services equate to 900,000 tonnes of food wasted, according to the BRC.

A Government spokesperson said of the report: “It is wrong that anyone should go hungry at the same time as surplus food is going to waste. We support industry’s action on this, and want to help them build on progress to date.

“That is why Defra Secretary of State Elizabeth Truss and Minister for Civil Society Rob Wilson convened a meeting with representatives from food retailers, manufacturers, trade associations and the food redistribution charity sector to discuss how more surplus food can be put to good use, including supporting the work of local charities.

“This follows on from publication last year of guiding principles and research, developed by an industry working group, to encourage the redistribution of surplus food fit for human consumption.

“We will now consider all the recommendations of the report and provide a full response in due course.”

Tyre waste recycling plant to be built in the UK