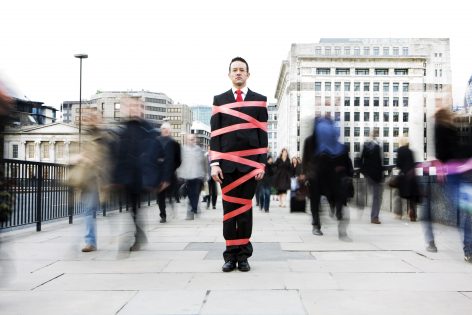 The Government’s Cutting Red Tape review of the waste and resources sector has been published today (3 March), setting out Government’s response to stakeholder input.

The Government has made a commitment to save £10bn from the cost of regulation to business. To do this it announced a programme of Cutting Red Tape reviews into six business sectors in its Productivity Plan.

Each of the reviews sought to identify bureaucratic and regulatory barriers to growth, innovation and productivity, to enable the Government to cut red tape by simplifying, removing or reducing “burdensome legislation, regulations, guidance or codes.”

The Office of National Statistics’ latest annual business survey shows the waste sector as having 5,261 businesses, employing 106,000 people with a combined turnover of £18.5bn

The Government chose the waste and resources sector as one of its first phase of Cutting Red Tape reviews due to its significant contribution to the UK economy. The Office of National Statistics’ latest annual business survey shows the waste sector as having 5,261 businesses, employing 106,000 people with a combined turnover of £18.5bn.

Waste regulation impacts on businesses across the economy, from small retailers to multinational manufacturing companies.

A number of respondents to the Government consultation questioned whether it should be undertaking another review into the waste sector at this time, and whether its focus should instead be on enforcing the current regulatory framework.

In response the Government said that a more efficient application and enforcement of regulation could not only save money for businesses but also allow them to “grow and innovate”.

All of those who responded raised issues around the impact, enforcement and operation of the current regulatory regime and how it could be reformed or improved. The Government said that the vast majority of the comments and submissions received show that the sector understands the importance of the regulatory framework and the role of regulators, but also believes that operators who demonstrate good, compliant behaviour should benefit from the principle of earned recognition.

The consultation covered a wide range of industry issues, including definition of waste, hazardous waste, guidance and producer responsibility, to name only a few.

“There are proposals that we welcome, including action on the Definition of Waste to ensure that is an effective regime that maintains the concept of environmental protection without creating unnecessary barriers to beneficial recovery and recycling. This, and further work on REACH, will be important as we move towards more circular economic principles,” says CIWM chief executive Steve Lee.

There is concern that the streamlining process and the move to www.gov.uk has adversely affected the quality and availability of waste-related guidance, and the issue of enforcement is also a critical one

“Likewise, we are encouraged by the commitment to explore how the PRN system can be changed to provide a level playing field for domestic reprocessing and address the impact of price volatility. The concept of ‘earned recognition’ meanwhile, could help to ensure that enforcement is focused where it is needed to eliminate poor performance and the growing problem of waste crime.

“On the other hand, the response does not adequately address key issues identified by CIWM members during the consultation. There is concern that the streamlining process and the move to www.gov.uk has adversely affected the quality and availability of waste-related guidance, and the issue of enforcement is also a critical one. CIWM has called for better and smarter enforcement in a number of areas including Duty of Care but enforcement capability is inextricably linked to resources. The response fails to acknowledge the impact of the Government’s significant and ongoing cuts to the Environment Agency’s budget.

“CIWM agrees that there is more to achieve on Duty of Care, given that this regime is critical to cultivating a more responsible attitude to waste and resources across the UK business sector and providing valuable data. We would not want to see the duty weakened in any way but there is scope to ensure that the waste management industry is in a better position to support the 4.5 million UK businesses who should be complying with it. We want to build on the considerable work that the industry is undertaking in this area, including a soon to be launched national awareness campaign and the development of an easy to use online electronic Duty of Care tool (edoc) that could significantly reduce the cost and administrative burden on business.”

For the full report and Government response CLICK HERE