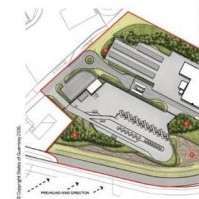 Guernsey will export refuse derived fuel (RDF) to Sweden from 2018, the States of Guernsey has announced.

Plans to build a waste facility with the capacity to process up to 26,000 tonnes of residual waste a year and which would generate RDF for export, were announced earlier this year.

The multi-million pound facility, to be located at Longue Hougue, will also have the capacity to process 4,000 tonnes of food waste and 2,500 tonnes of glass.

It will mean a reduction in the amount of waste landfilled on the island, which is the current method of disposal.

Eighteen companies expressed interest in the tender, which was announced in January.

The option of exporting the waste to neighbouring Jersey, which has a energy-from-waste incinerator, was rejected as too expensive, according to BBC News.

The contract is for between 20,000 and 25,000 tonnes of processed waste to be exported each year.

The cost of the contract is being kept under wraps, but was within the overall project costs of £29.5m.

Up to £8 million investment to develop “smarter plastics”