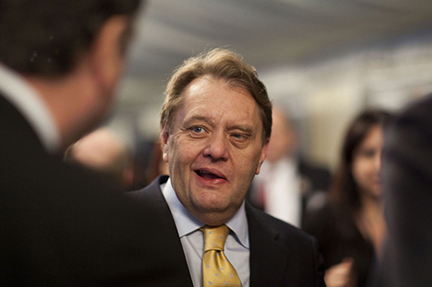 Developers on the projects were still reeling from an unexpected announcement the day before by the Department for the Environment, Food and Rural Affairs (Defra) that it was cutting £217m worth of PFI credits.

The local authorities behind the schemes are understood to be considering legal action.

At an All Party Parliamentary Group meeting on biomass, where Hayes was reassuring industry representatives the government would create certainty for investment, he said officials had raised the matter with him that day.

“I am sure there are good, sensible reasons behind it,” he said, and he would meet ministers to find out what they were.

Hayes – “I am sure there are good, sensible reasons behind it”

Hayes said bioenergy, including energy from waste, was “critical” to the government’s strategy. “It is one of the most predictable and controllable renewable generation options.”

The industry needed to focus on sustainability and finding synergies with waste, he said.

More than £200m of support for three energy-from-waste projects was cancelled by Defra earlier this week.

Bradford and Calderdale, North Yorkshire and City of York, and the Merseyside Recycling and Waste Authority and Halton projects will not receive waste infrastructure credits from Defra to help the local authorities meet their PFI payments.

Defra made the decision after analysis showed there was only a two percent fall in the UK’s chance of meeting EU targets for the amount of waste being send to landfill by 2020 – down from 95 percent to 93 percent – without the funding.

The department said it was investing £3.6bn in 29 waste infrastructure projects and that it expects to have “sufficient infrastructure” to meet the EU landfill targets.