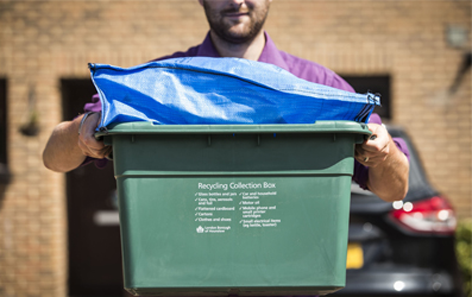 Hounslow Council is set to bring waste and recycling collections in-house from October 2016, as part of plans to make the borough one of the “greenest in west London”.

The Council will bring collections back under control of the local authority after its contract with SUEZ ends next year.

The move is expected to save around £500,000 a year and will give councillors “more control” over the service being delivered.

Councillor Amrit Mann, deputy leader of Hounslow Council, said: “Cutting the amount of rubbish we send to landfill is a key priority and we have designed a collection service that will make recycling much easier”

Currently residents only recycle 35 percent, which is one of the lowest rates in London. It’s hoped savings of up to £1.35m could be made if all households recycled at least 50% of their waste over the next four years.

In a report to Hounslow Council’s Cabinet, the authority said the money could instead be spent on other vital services, such as education and care for the elderly.

Councillor Amrit Mann, deputy leader of Hounslow Council, said: “Cutting the amount of rubbish we send to landfill is a key priority and we have designed a collection service that will make recycling much easier. We have looked at what neighbouring west London boroughs are doing to learn how best to run our service.

“The new programme will dramatically cut the number of trucks that need to be sent out which has the added bonus of reducing pollution and congestion on our roads.

”The savings we make from this and increased recycling will go a long way towards safeguarding money for education and other vital services.”

The service changes follow the rollout of thousands of wheeled bins to homes across the borough. A further 39,000 households will receive a wheeled bin later between November 2015 and February 2016.

Hounslow is the latest council to bring its collections in-house, following Middlesbrough Council and Liverpool City Council both planning similar moves within the last two months.

Dedicated collections for compostables launched for London and Brighton