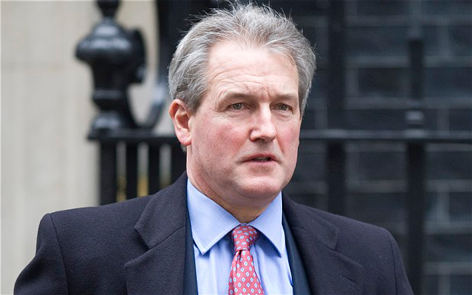 The letter expresses concern about the data being used by Government to make recent crucial investment decisions, including the withdrawal of PFI credits from three project earlier this year, and flags up the risk that any shortfall in waste treatment capacity will compromise the UK’s ability to meet its 2020 European Landfill Directive targets and leave the UK vulnerable to EU fines in the future.

CIWM issued a statement yesterday (6 August) saying that it was “disappointed” with the Government’s draft Waste Prevention Plan. CIWM said that it was a “missed opportunity” and “fails to deliver the necessary shift away from narrow waste-focused thinking to a broader vision.” (Read full statement)

One month ago, local authorities wrote to Defra expressing their fears that the Government’s recent decision to withdraw millions of pounds of Government funding from three major residual waste projects that had featured in the National Infrastructure Plan would damage the confidence of investors in the waste sector and in the UK’s wider reputation for delivering new infrastructure.

Last week, it was revealed that emerging waste trends show that more waste is being collected by local authorities across the country, recycling rates are flattening and residual waste levels are on the rise. Local authorities again wrote to Owen Paterson, calling for an urgent review of the data and the UK’s ability to meet Landfill Diversion Targets.

The latest statistics, combined with a potential shortfall in the amount of waste treatment capacity coming on stream in the next few years indicate that the Government’s decision to withdraw funding is short-sighted in relation to the UK’s waste policy objectives.

Our concern is that the data used by the Government to make recent crucial investment decisions has now been shown to be out of date and this poses a genuine risk to the UK’s ability to meet its 2020 European Landfill Directive targets, which would leave the country unable to avoid very significant EU fines in the future.

There has been no formal response from the Secretary of State to either of these letters. But

comments attributed to Defra in the press appear to suggest that the Department currently has no intention of conducting such a review.

2020, when the UK has to meet strict targets on the amount of rubbish it sends to landfill, is no longer on the distant horizon, and like all major infrastructure projects, waste schemes take years to come to fruition and cannot be brought on stream at a moment’s notice. Rather than dismissing warnings from the very organisations that are at the sharp end of implementing their policies, Ministers should recognise that the Government’s commitment to long-term funding for infrastructure, and the UK’s strategy to stop waste being sent to landfill, are in peril.

How we deal with waste affects every single one of us – as householders, businesses and taxpayers. That is why we are so publicly repeating our warnings. Once again we call on the

Government to confirm its commitment now, to the existing infrastructure programme, and review the situation urgently to provide assurance – and evidence – that the UK will be properly equipped to meet its European Landfill Directive targets in seven year’s time. Defra will be releasing the UK’s official annual waste data in November – and that would be an ideal time to start a review.