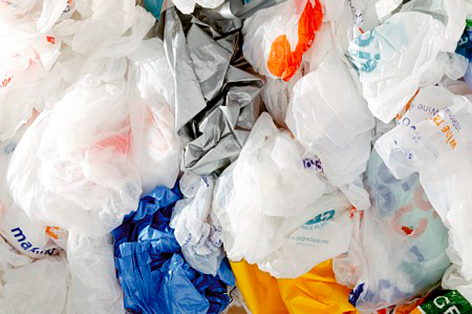 Despite popular support across the EU for reducing plastic waste, a group of EU countries, including the UK, is apparently blocking a European Parliament proposal that would drastically cut the use of plastic carrier bags, according to the European Environmental Bureau.

The European Parliament is proposing an 80 percent reduction target in plastic bag use by 2019 and a requirement for shops to charge customers for plastic bags.

The savings and profits for public authorities, manufacturers and retailers could amount to as much as €650m per year between 2015 and 2020.

Despite the suggested evidence from countries that have already adopted a plastic bag levy, such as Ireland, which has proved highly successful for the country, the Council has argued that such decisions should be left to national governments.

Piotr Barczak, the European Environmental Bureau – “In spite of strong backing across political groups in the Parliament for the proposal and massive popular support for reductions, the UK and some other countries in the Council persist in showing a complete disregard for the awful environmental consequences of pollution from plastic bags”

A joint statement from the European Environmental Bureau, Surfrider Foundation Europe, Fundació Prevenció de Residus i Consum and Bag Free World claim the deadlock is due to the UK and some of the newer EU member states – Romania, Greece, Croatia and Poland – “refusing to adopt any of the progressive proposals” tabled by the European Parliament.

It says the UK has even won support from other member states to prevent a ban on oxo-degradable plastics, which it says is neither recyclable nor compostable and has almost no biodegradation results.

If the final three-way negotiations between the EU institutions on Friday 14 November do not produce an agreement, the proposal will have to return to the drawing board and risks being discarded altogether, it says.

Piotr Barczak, the European Environmental Bureau’s Policy Officer on Waste, said: “This basically amounts to a failure to respect either the environment or public opinion. In spite of strong backing across political groups in the Parliament for the proposal and massive popular support for reductions, the UK and some other countries in the Council persist in showing a complete disregard for the awful environmental consequences of pollution from plastic bags.”

Every European uses an estimated 500 plastic bags a year on average and 92 percent of these are single-use, according to the statement. The low weight and small size of plastic bags means they often escape waste management and end up in the marine environment, where their eventual decay can take hundreds of years.