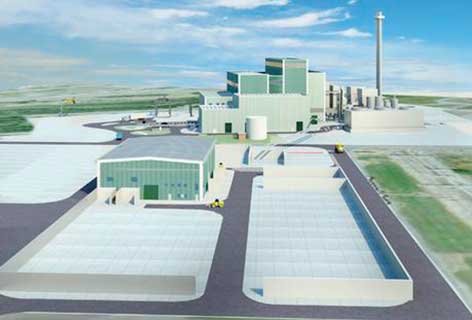 The 30-year deal will result in disposal of 90 percent of Merseyside and Halton’s waste away from landfill, through the construction of a new facility at the Wilton International site in Teesside and will create 50 permanent jobs when the plant is operational.

SITA UK was named preferred bidder over Covanta Energy, which proposed to develop the country’s biggest eco-waste plant at Ince Park, near Ellesmere Port (pictured), in a joint initiative with Peel Environmental.

Myles Kitcher, director of Peel Energy – “It’s a bizarre outcome, given that the Covanta scheme would have delivered half a billion pounds of investment to the North West, creating 600 construction jobs, another 100 jobs in operation”

Covanta, however, has challenged the decision, to which the Merseyside Recycling and Waste Authority (MRWA) said it would “vigorously defend the claim brought against it”, according to the BBC.

Myles Kitcher, director of Peel Energy, said: “It’s a bizarre outcome, given that the Covanta scheme would have delivered half a billion pounds of investment to the North West, creating 600 construction jobs, another 100 jobs in operation.

“What compounds it is the alternative bid is over £200m more expensive for the people of Merseyside”.

The Mayor of Liverpool, Joe Anderson, slammed the decision to award a £1bn contract to SITA, saying that the contract “will take a major opportunity away from Merseyside.”

Anderson said: “I feel the city and the wider City Region has had a massive opportunity for major infrastructure investment snatched from its grasp and hundreds of potential jobs which we desperately need have gone to the North East.”

Responding to the Liverpool mayor, MRWA said: “SITA beat Covanta to reach their preferred bidder status as part of a competitive tendering exercise which was scrutinised by the nine elected members (from constituent district councils including three councillors from Liverpool city council) that make up the Merseyside Waste Disposal Authority governance structure.”