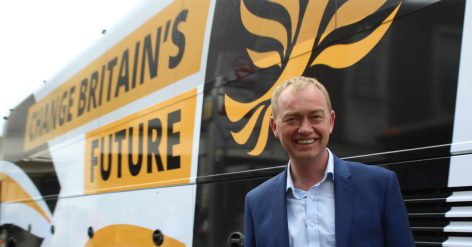 The Liberal Democrat Party has pledged to pass a “Zero Waste Act” in its election manifesto, which includes legally binding targets for reducing net consumption of key natural resources, and introducing incentives for businesses to improve resource efficiency.

The manifesto, which was published today (17 May) sets out the party’s policies for the snap general election due to take place on 8 June.

In the document, the party says that Britain’s economy fails to make the most efficient use of natural resources and that it aims to cut waste, increase recovery, reuse and recycling and move towards a circular economy.

To ensure the policies set out are implemented, and to “put the protection of the environment at the heart of policies across all areas of government”, the party will establish a Cabinet Committee on Sustainability, chaired by a cabinet minister, establish an Office for Environmental Responsibility to scrutinise the government’s efforts to meets its environmental targets, and place a responsibility on every government agency to account for its contribution towards meeting climate targets in everything it does.

Other environmental and sustainability policies announced in the manifesto include a diesel scrappage scheme, and a ban on the sale of diesel cars and small vans in the UK by 2025.

The Liberal Democrats have also said they accept that new nuclear power stations can “play a role” in electricity supply provided “concerns about safety, disposal of waste and cost are adequately addressed, new technology is incorporated, and there is no public subsidy for new build.”

With regards to its position on Brexit, the party made itself clear. If it got into power, after the two-year negotiation period, it would call for another referendum as to whether that deal is taken, with one of the options on the ballot paper to be to remain in the EU.

The release of the manifesto follows the publication of Labour’s pledge to “set guiding targets for plastic bottle deposit schemes, working with food manufacturers and retailers to reduce waste”, and the Green Party’s pledge to end unnecessary single-use plastics.