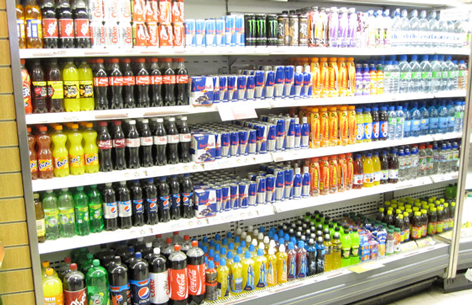 Scottish Environment Secretary, Richard Lochhead, will meet his UK Government counterpart, Liz Truss, in London this week to discuss the potential for a deposit return scheme for drinks bottles and cans across the UK to reduce litter and improve recycling.

The news comes after earlier this month the Scottish Government and Zero Waste Scotland published research into the feasibility of a deposit scheme in Scotland. The study concluded that a deposit refund system for Scotland would be feasible, and set out how such an approach could be most efficiently designed for the Scottish context. (See CIWM Journal Online story)

Lochhead will ask the Secretary of State to give this similar consideration in England, and is also writing to his counterparts in Wales and Northern Ireland to invite them to do likewise.

Speaking ahead of his meeting with Truss on Wednesday (3 June) morning, Lochhead said: “A scheme like deposit return has the potential to be very beneficial for the environment – reducing litter and boosting the recycling of these materials and their economic value to our communities. As we have seen with carrier bag charging, attaching a value to something can be very effective in helping us make small but important changes.

“Countries such as Germany, Sweden and Norway already have such systems in place, as do parts of Canada, Australia and the United States. I have already made my intentions clear that I am keen to explore the opportunities for Scotland from deposit return and I will be highlighting Zero Waste Scotland’s study to Liz Truss when I meet her on Wednesday, inviting her to do the same in England.

Lochhead – “While in the first instance I am looking at the potential of a Scottish scheme, I believe there are merits in exploring a UK-wide system to identify scope to take advantage of scale and explore common benefits”

“While in the first instance I am looking at the potential of a Scottish scheme, I believe there are merits in exploring a UK-wide system to identify scope to take advantage of scale and explore common benefits. Already, we are seeing support from environmental groups and members of the public for the idea and I await the additional evidence from industry and stakeholders in due course.”

An opinion poll, conducted for Association for the Protection of Rural Scotland (APRS) by Survation, found 78.8% of the Scottish public supported a deposit refund system to cover cans and both plastic and glass bottles, while 8.5% opposed it. (See CIWM Journal Online story)

PRGS has pledged to work in partnership with the Scottish Government and others to “significantly boost recycling and tackle littering in Scotland in the next 10 years”.

Jane Bickerstaffe, PRGS spokeswoman, said: “We do not support the introduction of a deposit return system in Scotland and recommend alternative proposals to promote recycling, reduce waste and tackle litter, which we believe will be more effective.

“Scotland has an opportunity to lead the way in increasing recycling and tackling litter by combining the unrivalled knowledge and expertise of our sector, and building on the success of other local and national government initiatives, such as kerbside recycling.”